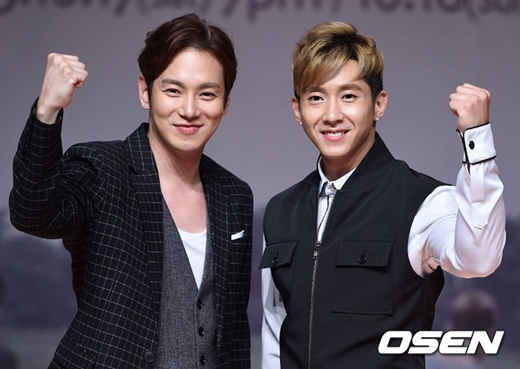 Fly to the Sky Starts “Fly High” In Busan

Did you have a wonderful time at Fly to the Sky’s concert tour in Busan on Saturday?

It has been reported that on October 3, Fly to the Sky successfully embarked on their nationwide concert tour Fly High in Busan, thrilling fans with their captivating vocals. The concert’s concept concentrated mainly on fans’ request, with a lot of hits sung by the duo, including Call My Name in Midst of a Storm – a song that has never been performed live before.

According to Fly to the Sky’s label, this concert was held as a way to repay fans for their love and loyalty during the past 16 years. Right ahead of the event, the two members of the group; Brian and Hwanhee also expresssed their deep gratitude to fans for always supporting them via Naver’s real-time streaming service V app.

After Busan, the duo will make stops in Seoul, Daejeon, Daegu, and Gwangju to continue the heat of their domestic concert tour.