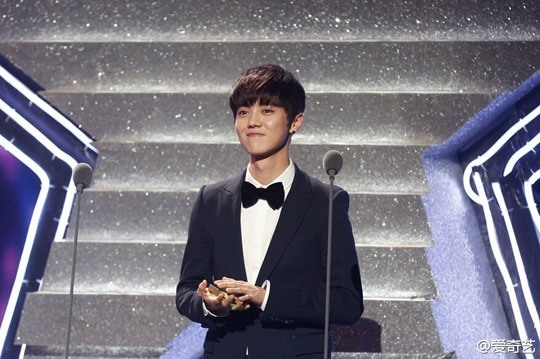 At the event, Luhan expressed his deep gratitude to fans for their support and promised to work hard. Despite his lawsuit against his ex-label SM Entertainment and departure from EXO, he is still highly successful in China. In November, he had already snagged the Most Valuable Male Star Award at the 2014 Baidu Moments Conference, organized by China’s largest portal site Baidu.

Luhan recently completed filming a movie titled Back to Twenty (a remake of the Korean film Miss Granny). It is set to be released on January 15 next year in China.