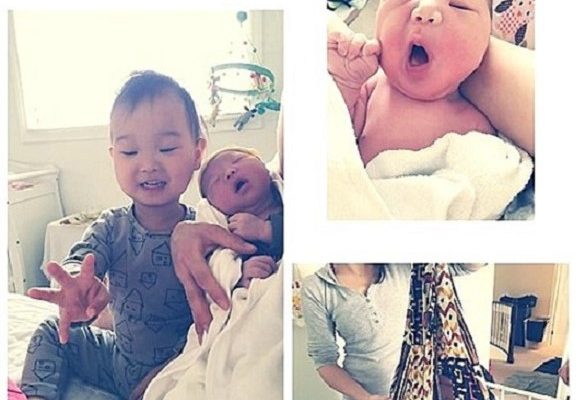 On April 23, the former Wonder Girls member revealed the happy news that she healthily gave birth to her second daughter via her personal Facebook account, captioning: “April 22 at 6:50 a.m, Ha Jin (Elisha Park), I gave a healthy home birth with the help of a midwife. Thank you so much for your concern and prayers. Amazing grace.”

She also shared photos of her cute newborn baby and her first daughter Eun Yoo. The Park sisters look so adorable together.

Sunye tied the knot with a Korean-Canadian missionary named James Park in January 2013, after two years of dating. They had their first daughter Eun Yoo in October of the same year.

Congratulations to Sunye and her husband!