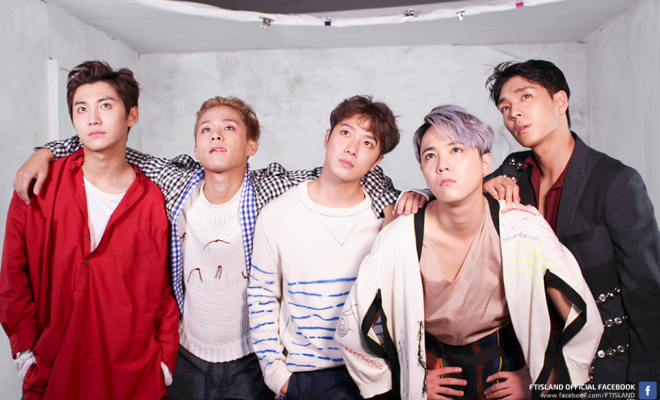 FTISLAND Dominates Japanese Music Charts With ‘Just Do It’

In addition, the song also entered the top 3 of Tower Records’ world music chart and took the 5th place on the Oricon Singles Chart.

FTISLAND will make stops in 8 cities across Japan for a tour dubbed FTISLAND Autumn Tour 2016? We Just Do It, starting from September.

In related news, the boys are set to launch their concert, titled 2016 FTISLAND Live in Seoul, at the Yes 24 Live Hall in Gwangjin-gu, Seoul on August 20.

44
SHARES
FacebookTwitter
SubscribeGoogleWhatsappPinterestDiggRedditStumbleuponVkWeiboPocketTumblrMailMeneameOdnoklassniki
Related Items2016 FTISLAND Live in SeoulFTISLANDFTISLAND Autumn Tour 2016? We Just Do Itjust do it
← Previous Story Urban Zakapa And Beenzino To Collaborate Again For This ‘Thursday Night’
Next Story → Spica To Bring Fans A ‘Surprise Time’ In August