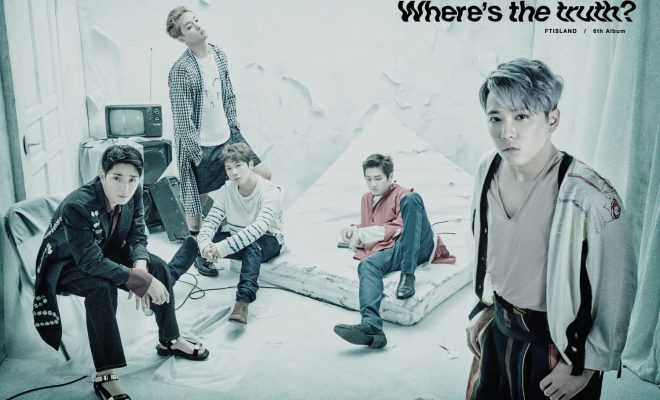 FTISLAND Is Loyal To FNC + Signs On For Another 5 Years

FTISLAND has reassured fans that they have not been mistreated by their agency.

FTISLAND, who recently returned with the group’s sixth album Where’s the truth?, shared that they have renewed their contracts with FNC Entertainment for another 5 years, displaying the strong 9-year bonds they have with the agency.

The band’s lead singer, Lee Hongki, explained why the group decided to continue on with FNC in an interview, saying:

Our communication with FNC is solid. The reason why we renewed with the agency is because of loyalty. And we felt it was a natural decision to make. We believe that FNC is able to lead us forward.

On the subject of why FTISLAND did not hold a showcase to celebrate its comeback, Hongki further reassured fans about the situation.

Perhaps it is because we did not have a comeback showcase (that fans were worried). Preparation plans for a showcase was actually in the works – however, because of certain conditions, it did not take place. Regarding this, we owe an explanation to our fans. Although we are a band, we do not have many live performances, hence our fans must have anticipated watching our lives through the showcase.

We understand that the fans have waited a long time for us, so we were distressed over it too.

Have you heard the group’s new song, ‘Take Me Now’ yet?