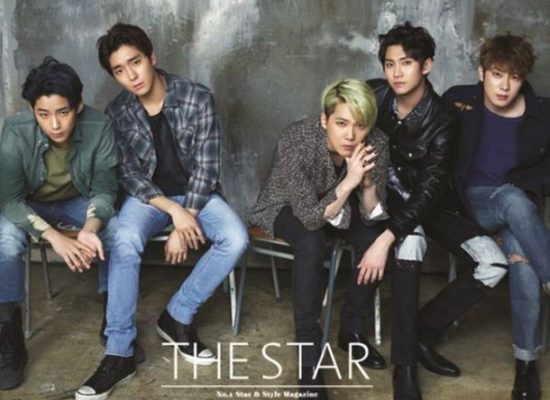 FTISLAND Members Want To Enter The Military At The Same Time

FTISLAND members still want to be together, even in the army.

On June 7, FTISLAND launched a showcase on the occasion of the release of its latest album titled Over 10 Years.

The album was released on June 7 to commemorate the group’s 10- year milestone. It comprises 13 tracks, including the title track titled “Wind” and the band’s remake debut song “Lovesick”.

At the event, the members were asked about their future plans.

Lee Hong Ki frankly said that the quintet expects to join the army together: “We would like to enlist at the same time. We want to be together, whether things work out or not.”

Fellow bandmate Song Seung Hyun shared the same thought with Lee Hong Ki but he hopes that the five members would enter the army in different units. He added: “Enlisting together is a great idea, but I don’t want to be in the same unit.”