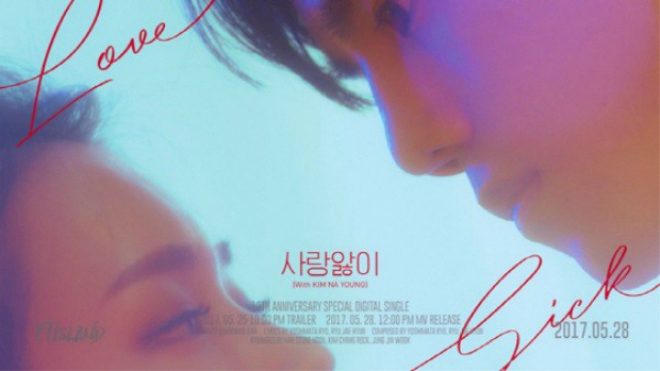 It’s been 10 years for FTISLAND!

South Korean band FT Island is set to mark its 10th anniversary with a new album on June 7, according to its agency FNC Entertainment.

A teaser of the remake Love Sick will be released on May 25 at 10 p.m., while the new music video is scheduled to unveil on noon of May 28.

FTISLAND has began teasing for its much-anticipated release with teaser image of the remake and a retrospective video of the band’s decade-long career.

FTISLAND, which is an abbreviation of “five treasure island”, debuted on 7 June 2007 with its first studio album ‘Cheerful Sensibility’. The band then secured its first number one win 55 days after debut with its title track Love Sick. Aside from topping charts and music shows, the band also swept rookie awards that year.

Hong Ki, Jong Hoon, Jae Jin, Seung Hyun and Min Hwan are currently in the midst of their ‘FTISLAND Arena Tour 2017: United Shadows’. The tour kicked off on May 6 in Aichi and has also visited Osaka on May 12. The band will wrap up its Japan tour, with concerts in Tokyo on June 1 and 2.