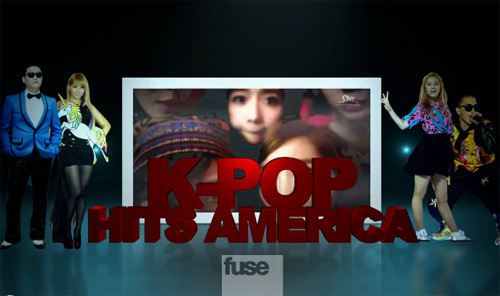 Psy unveiled that he had only intended to release Gangnam Style for Korean fans who frequently used YouTube. The music video is said to have gone popular through the tweets posted by top musicians including T-Pain and Britney Spears. After receiving much attention from famous celebrities, Psy appeared on Ellen, The Today Show, Saturday Night Live, and many more shows to perform his comical choreography. Following Psy’s success in breaking into the States, K-pop has become a genre of interest among Americans.

Brown continues to state that Psy is not widely categorized under K-pop and that it is basically pop music but “throttled to a level America was never awesome enough to assemble”. He includes a clip of GD & TOP‘s Knock Out as an example to describe the genre’s “unshakable hooks”, a snippet of Girls’ Generation‘s I Got A Boy to define “eye-popping outfits”, and a clip from EXO‘s MAMA to exhibit “expertly executed choreography”.

Following the introduction of cross-culture K-pop groups, Brown beings to elaborate on online wonders relating to the genre. He talks about the success of Soshified, the largest international fan base for Girls’ Generation and introduces Simon and Martina from Eat Your Kimchi.

Check out the documentary below to see what fuse has to say about Korean pop: