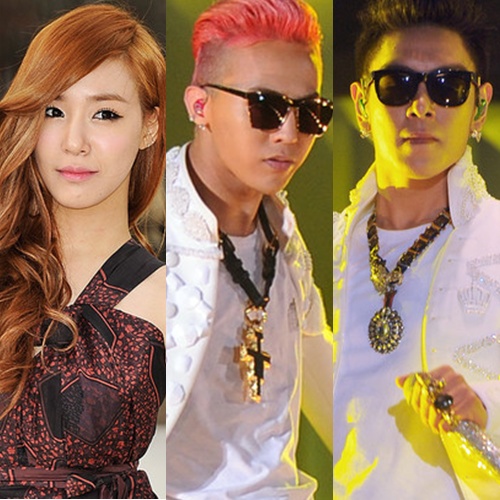 In acknowledgement of Valentine’s Day, Fuse unveiled an article entitled Be My Valentine: 30 Artists That Make Our Hearts Pound. The website lists an photo along with a short blurb for each individual artist. Three of the thirty celebrities featured so happen to be South Korean-based artists.

The first Korean artist to make its appearance on the list is Girls’ Generation‘s Tiffany. The singer is the sixth artist on the list and Fuse decided to feature the image of Tiffany from the Burberry Fashion Show in London hosted last March. The blurb next to her picture reads:

“A lot of the world might think YoonA is the most lovable member of Girls’ Generation and we couldn’t be happier – less people we’ll have to fight for Tiffany!”

Another Korean idol, who is the thirteenth feature, is none other than BIGBANG‘s leader G-Dragon. The photo displays a performing G-Dragon wearing a white blazer and white shirt while sporting gelled pink hair and large accessories. Along with the image, Fuse says:

In addition to G-Dragon, group member T.O.P also made it onto the list and is the twenty-fourth feature. He is seen wearing a similar white blazer and white shirt while sporting sunglasses, a gelled back hairstyle, and over-sized accessories. Fuse reveals that one of the reasons why T.O.P is on the list is because of his deep voice. The blurb reads:

“He’s at the TOP of our list for many reasons. Reason #1, his deep voice! And let’s get real, his face isn’t so bad either!”