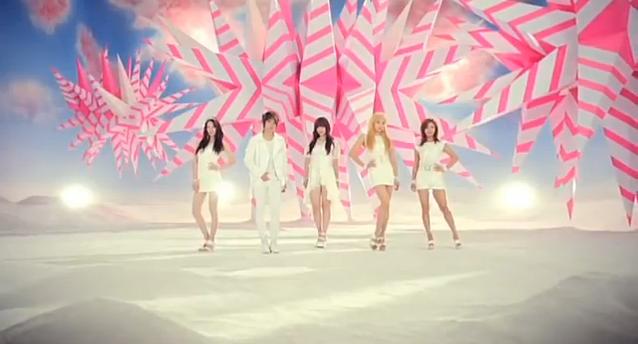 By The Editor | August 1, 2012
FacebookTwitter
SubscribeGoogleWhatsappPinterestDiggRedditStumbleuponVkWeiboPocketTumblrMailMeneameOdnoklassniki

Popular girl group f(x) has made its debut in Japan with the release of its first Japanese track Hot Summer! The girls recently wrapped up their promotions in July with their latest album, Electric shock, and are now ready to make their official debut in Japan later this year. In addition, f(x) will also be holding their first ever Japanese showcase,on October 18 and 19 at Zepp Tokyo.

What do you think of the Japanese version of Hot Summer?

Hellokpop, as an independent Korean entertainment news website (without influence from any agency or corporation), we need your support! If you have enjoyed our work, consider to support us with a one-time or recurring donation from as low as US$5 to keep our site going! Donate securely below via Stripe, Paypal, Apple Pay or Google Wallet.
FacebookTwitter
SubscribeGoogleWhatsappPinterestDiggRedditStumbleuponVkWeiboPocketTumblrMailMeneameOdnoklassniki
Related ItemsElectric Shockf(x)Hot SummerJapanese debutJapanese versionmusic videoZepp Tokyo
← Previous Story Jung Il Woo opens fan club in Japan
Next Story → B1A4 and A Pink to perform in Malaysia on September