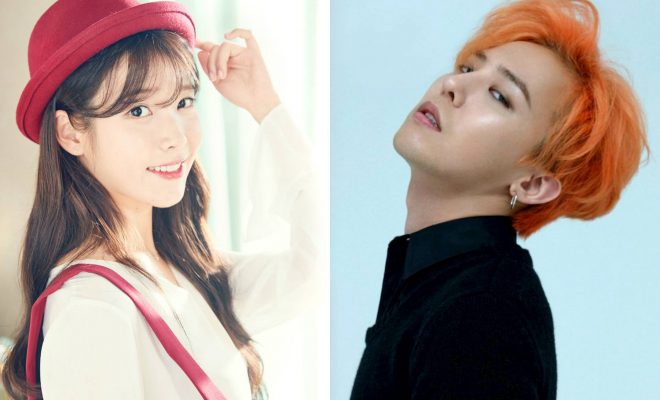 What would you get when you put G-Dragon and IU together?

On April 13, IU released the tracklist for her upcoming album titled Palette. The album contains 10 tracks, including previously released Through The Night and Can’t Love You Anymore. These two songs were earlier unveiled on March 23 and April 7 respectively. 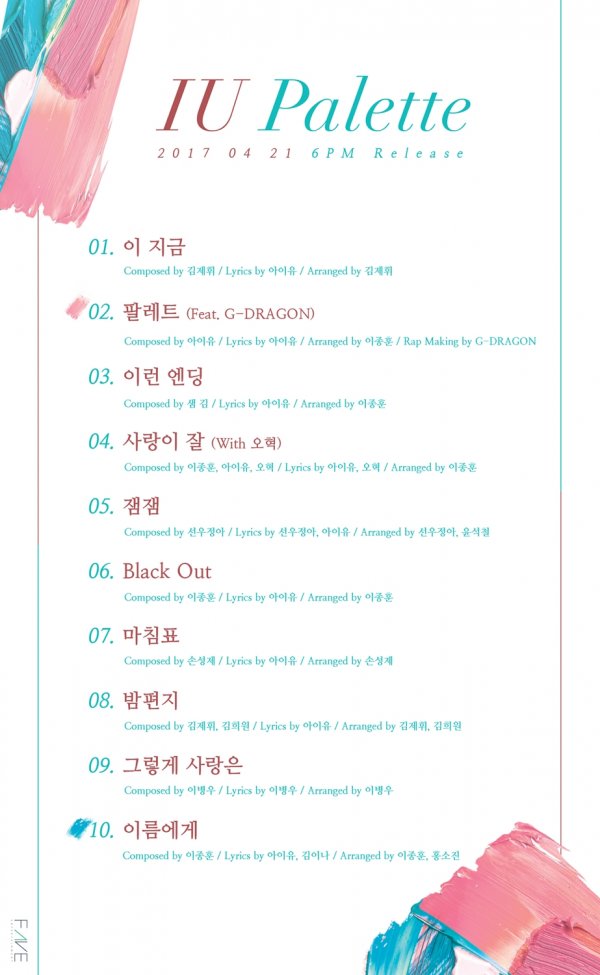 One thing that immediately caught the eyes of fans is that BIGBANG‘s leader G-Dragon has lent his voice to the title track of IU’s new album. The collaboration between the two artists is expected to raise fans’ interest to what type of music both can produce together.

Earlier on, a fan-made video, featuring IU and G-Dragon’s performances, went viral online. A dedicated fan has edited the two respective videos of the artists to combine them into one.

IU’s new album is scheduled to be released on April 21.