G-Dragon will be the first Korean act to hold a solo concert in one of the dome venues in Japan.

The GD 2012 1st World Tour was announced on the YG LIFE blog, with the star to begin his set list at Seoul’s Olympic Gymnastic Hall on March 30 and 31.

The BIG BANG member will also make history when he takes centre stage at the Yahoo! Japan Dome (Fukuoka Dome), to become the first Korean solo act to hold a concert in a dome. The dome is able to accommodate almost up to 40,000 audience members.

YG Entertainment also announced that G-Dragon will be Japan’s Saitama and Osaka in April. The company has only confirmed four venues but has promised to announce more tour dates and cities.

G-Dragon joins a growing list of Korean acts to hold extravagant events in Japan’s dome, including TVXQ and Super Junior. 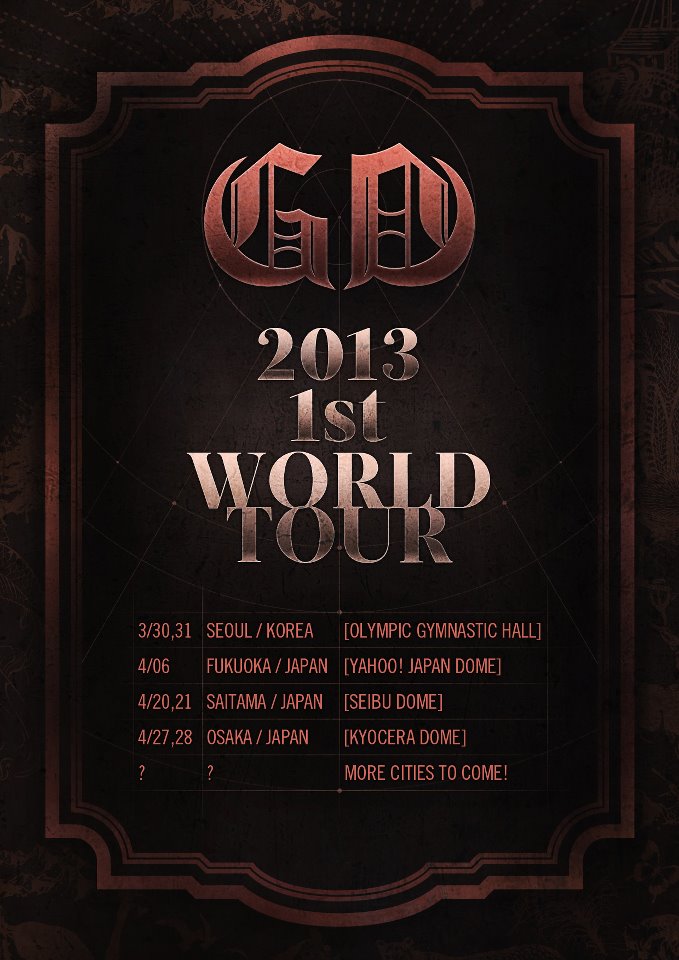