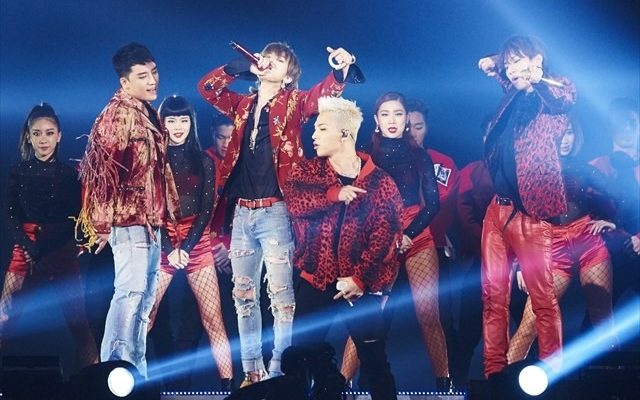 G-Dragon Sends Meaningful Messages Ahead Of BIGBANG’s Hiatus: “Spring Comes After Winter. Don’t Be Sad. We Can Meet Soon”

Spring will come to BIGBANG and its loyal fans after winter.

BIGBANG recently wrapped up successfully its concert titled 2017 Last Dance, which took place in Tokyo Dome, Japan on December 13. This is also the band’s last event for its Japanese fans because the members will temporarily take a break due to their upcoming military enlistments.

At the Japan concert, the members respectively shared their honest thoughts as well as expressed their deep gratitude to fans.

Daesung said: “I decided to move myself a lot this year to ‘leave’ a lot so that you don’t feel lonely (during the hiatus).”

Taeyang expressed his regret to say goodbye to fans for a while: “I want to say that meeting you on the stage is my biggest happiness. I feel very sad that after this tour I can’t meet you for a while.” He added: “Please wait until we can show you great looks in front of you again.”

Seungri thanked fans for unwavering support: “I want to convey my gratefulness to you who have been supporting Big Bang so far.”

Meanwhile, BIGBANG’s leader G-Dragon sent warm-touching messages to their fans: “As spring comes after winter, warm days come. Until then, don’t be sad. We can meet soon. We five hope to become your happiness and that is where our power comes from.”

After Japan leg, BIGBANG will return to Korea to meet its local fans. The boys are scheduled to hold a two-day concert at Gocheok SkyDome, Seoul on December 30 and 31.