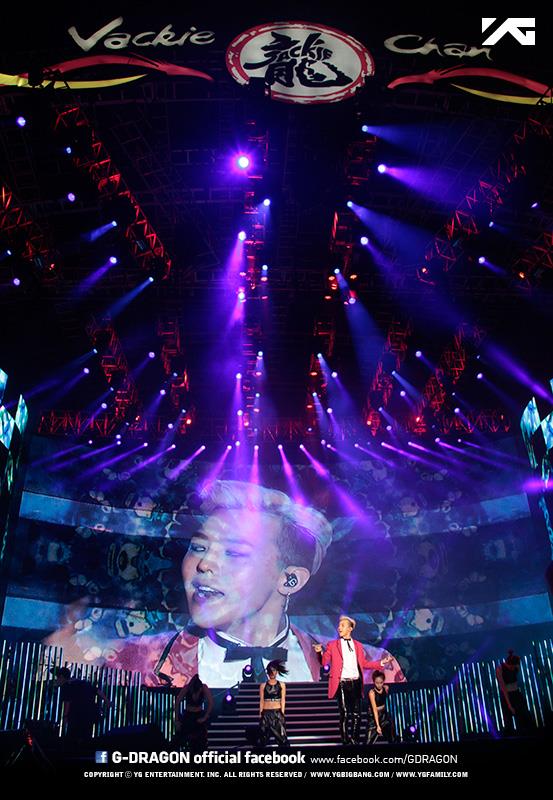 G-Dragon showed his support to veteran International all-around performer Jackie Chan at the latter’s 100 Films charity concert held in Huanglong Stadium, Hangzhou, China on September 30. Around 23,000 fans attended the event, which was held in celebration of Jackie’s 100th film participation. It also served as a fund-raising event for the rebuilding of Sichuan in China after it got hit by an earthquake.

G-Dragon wore a black and red coat and black leather pants as he performed One Of A Kind, MichiGo, Crayon and Fantastic Baby. In between his performances, he hyped up the crowd by cheering for them.

Watch the fan cam of his full performance below:

After the concert, G-Dragon snapped a shot with Jackie and Jaycee Chan. Check out the photos below: 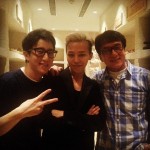 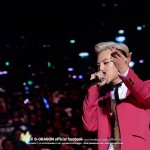 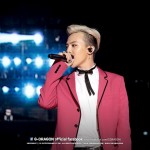 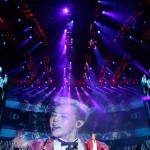