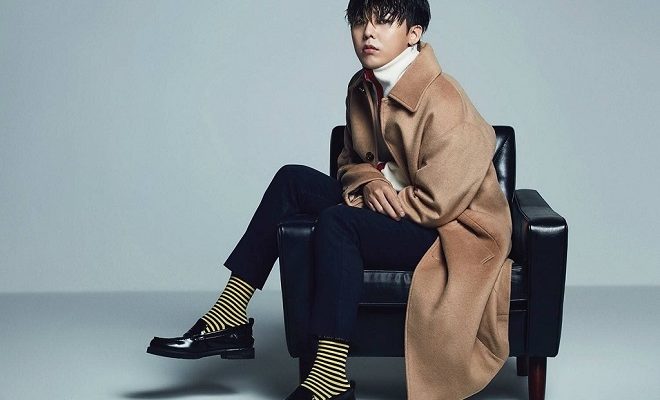 G-Dragon’s Solo Comeback Is Coming At Us … Real Fast!

G-Dragon has shared some images from his upcoming June comeback with his Instagram followers.

The images are raw and gritty, and show just how chameleon-like the performer can be, with special effect make-up, a long, tangled mohawk and gritty urban environment.

In the first image uploaded on May 28, G-Dragon is shown having some finishing touches applied to his seriously dark make-up, evoking images of some post-apocalyptic environment.

In the second image, G-Dragon is seen shirtless and in profile, with a tangled black mowhak and sporting a tattoo on the side of his head.

The third image, revealed on May 29, shows what appears to be an image of dark clouds forming or thick smoke rolling up towards the sky.  Could it be a set which G-Dragon is performing in front of?

YG Entertainment has yet to confirm if the revealed images are from the filming of G-Dragon’s latest music video or if they are for promotional purposes.

Based on the responses of these photos, G-Dragon’s fans are already getting hyped at the prospect of a new release, not forgetting G-Dragon’s World Tour 2017, which is due to commence in Seoul on June 10. He is also expected to visit Australia in August for the tour.