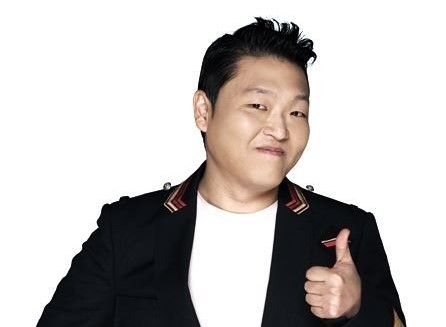 An A-list of K-pop artists will be featured in Psy’s latest album.

On May 7, Psy released the tracklist for his upcoming album titled 4×2=8. The album includes 10 songs with two title tracks, namely I LUV IT and New Face.

This time, the singer’s new album is set to feature many artists from YG Entertainment, including BIGBANG’s G-Dragon and Taeyang, Epik High‘s Tablo, iKON’s B.I and Bobby, together with actress Lee Sung Kyung. 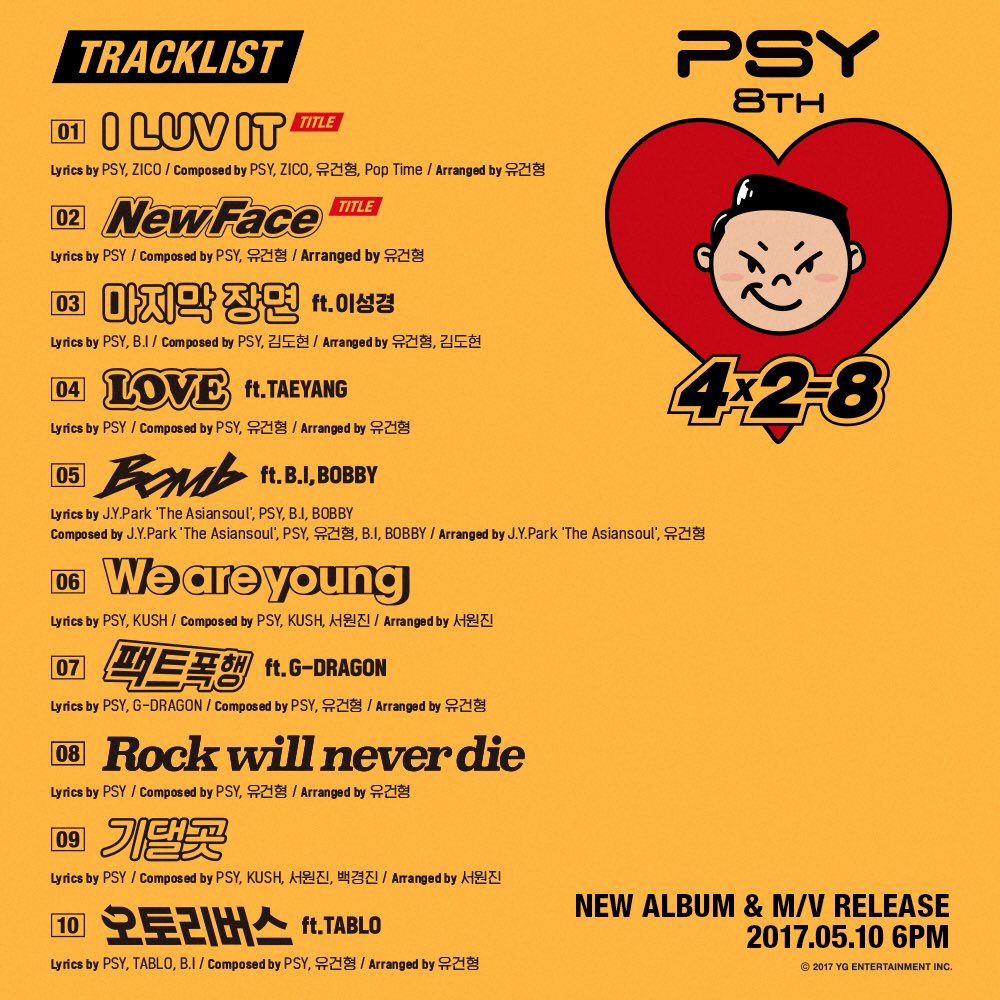 YG Entertainment has made an official announcement regarding the list of celebrities participating in Psy’s upcoming release.

It said: “Only YG artists have worked with Psy this time, while the singer’s seventh album in 2015 featured artists from other agencies such as Zion.T, Dynamic Duo, and JYJ’s Junsu.”

Aside from performing the tracks, Bobby, B.I and Tablo also participated in the composing process for their senior’s album. Park Jin Young and Gangnam Style‘s producer Yu Gun Hyung made a contribution to the idol’s new product by writing the lyrics and composing some tracks as well.

Meanwhile, Psy’s new album is scheduled to drop on May 10.