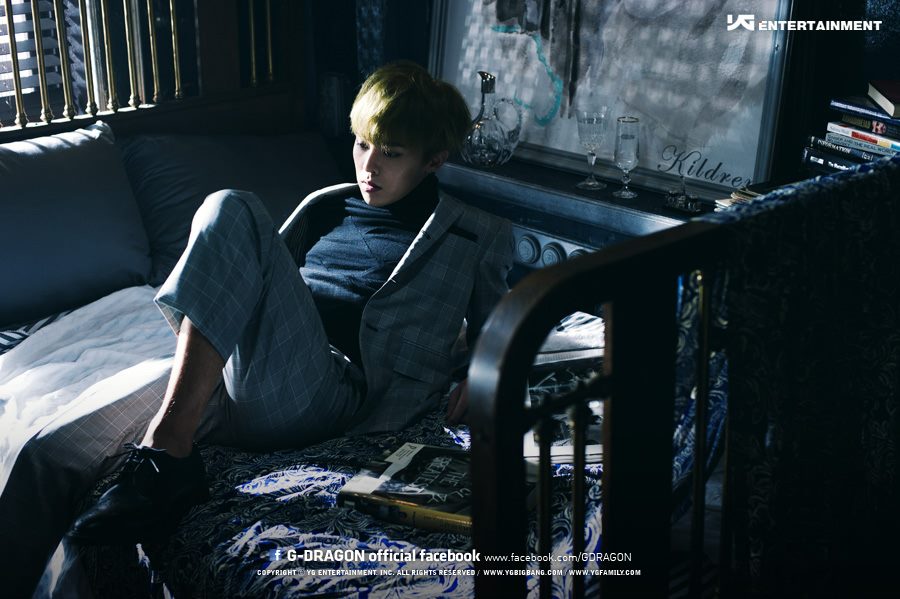 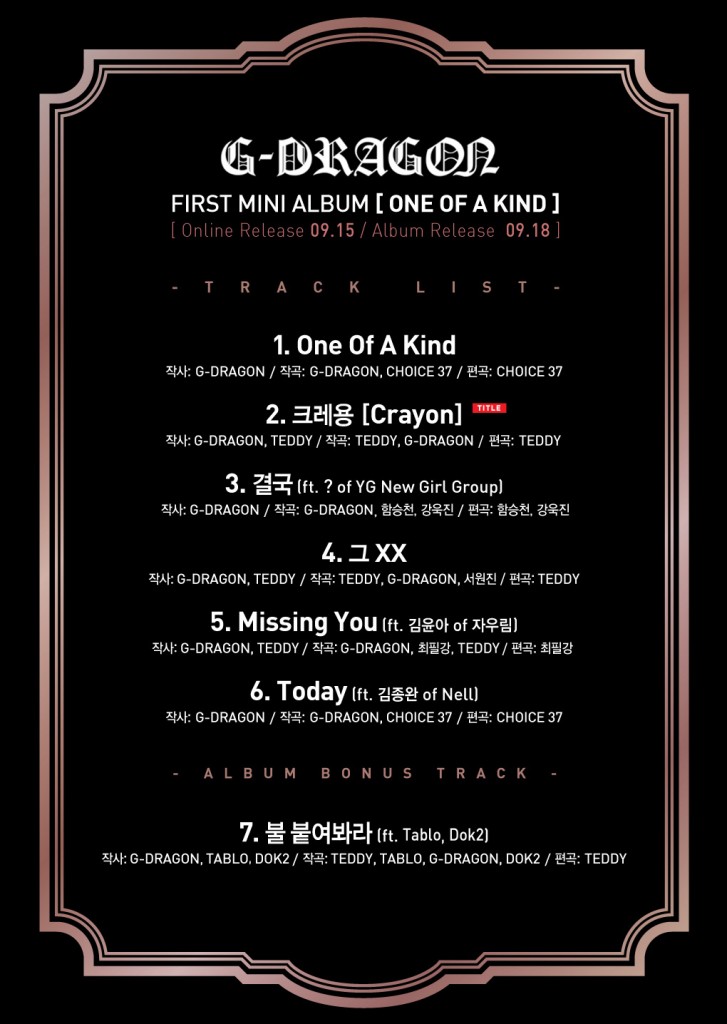 With the successful release of One Of A Kind and That XX, fans are anticipating the other tracks included in G-Dragon‘s mini album. YG Entertainment released the track list of the mini album with the same title One Of A Kind.

All of the 6 tracks on the album were composed by G-Dragon, three of which with Teddy. The title track is Crayon. Other artists are also featured on other tracks. Finally features a member of YG’s new girl group, Missing You features Kim Yoona of Jawolim and Today features Nell‘s Kim Jonghwan. Bonus track Light it Up was created in collaboration with Tablo and Dok2 and is included as well.

Hellokpop, as an independent Korean entertainment news website (without influence from any agency or corporation), we need your support! If you have enjoyed our work, consider to support us with a one-time or recurring donation from as low as US$5 to keep our site going! Donate securely below via Stripe, Paypal, Apple Pay or Google Wallet.
FacebookTwitter
SubscribeGoogleWhatsappPinterestDiggRedditStumbleuponVkWeiboPocketTumblrMailMeneameOdnoklassniki
Related ItemsCrayonDok2FinallyG-dragonJawolimKim JonghwanKim YoonaLight it Upmini albumMissing YouNELLOne Of A Kindrelease dateTabloThat XXTodayTrack listYG Entertainment
← Previous Story Jay Park dances to PSY’s ‘Gangnam Style’
Next Story → Hyosung’s teaser image for Secret’s mini-album ‘Poison’ revealed