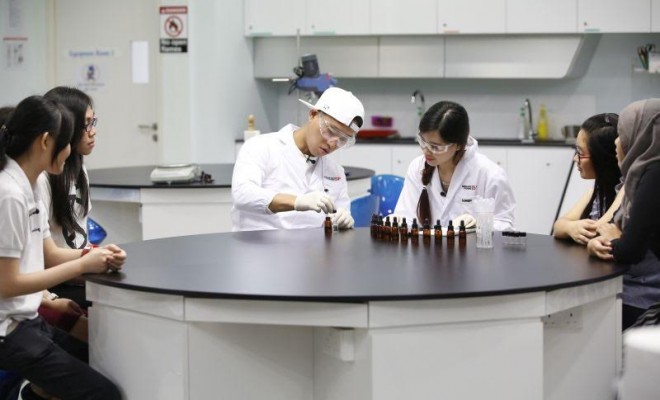 Gary successfully surprised about 400 Singapore Poloytechnic students recently in Singapore, when he visited the school as part of the new reality programme School’s OUT, produced by CJ E&M and channel M.

As reported previously, Gary will be the first artist to kick off this series, and he flew into Singapore recently to film at Singapore Polytechnic, which was selected prior before the filming via online submission. The students were lucky enough to get up close with Gary during the 4-hour filming.

Masked as an ordinary career talk that occurred during the semester break, the students were ardently caught off-guard when Gary appeared during the midst of the career talk and belted out LeeSsang’s chart-topping hit song, Girl Who Can’t Leave Boy Who Can’t Break Up. The students immediately went wild with excitement when they finally realized that they were the lucky audiences of his guerrilla concert. Gary was accompanied by a five-member music band, formed by students from the Diploma in Music and Audio Technology. 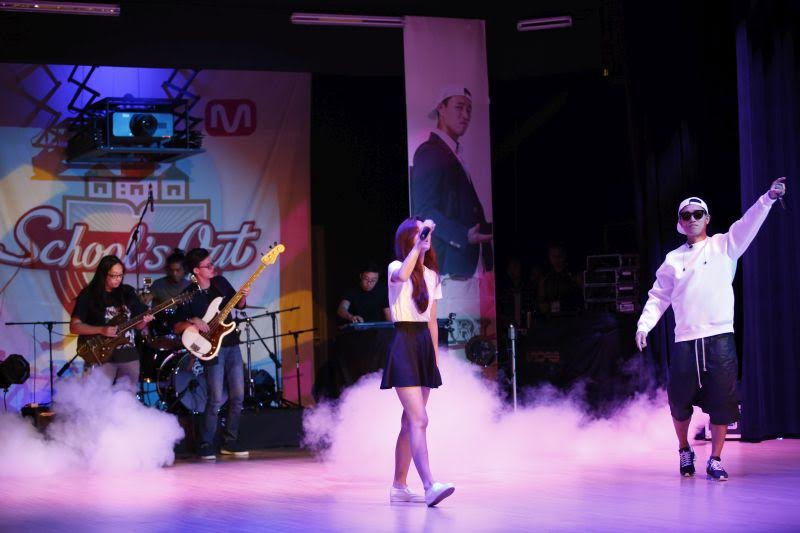 Gary gamely engaged with the school students by playing games. One of which include the seven students who wrote in to channel M to host School’s OUT. They attempted to dunk an aluminium can into a basket by only using their cheeks.

The next game ‘Telepathy’ involved everyone in the audience. With eyes closed, Gary and the students had to do one out of two actions given – raise the right or the left hand. Those who chose the same action as Gary would move on to the next round. After elimination, five lucky students emerged winners and each received a gift bag from Gary. The friendly and humble celebrity took selfies with the winners and some even received his hug.

Gary delighted his audience with one more song performance Humility is Hard by LeeSSang. He requested for everyone to be on their feet before beginning his energetic rendition. The Korean star moved around the auditorium, engaging with his fans while singing the number.

Many seized the opportunity to have a selfie taken with him. They crowded around him, but only a lucky few managed a shot. The amiable star responded to his audience’s support by gathering them for a group selfie using his selfie stick. 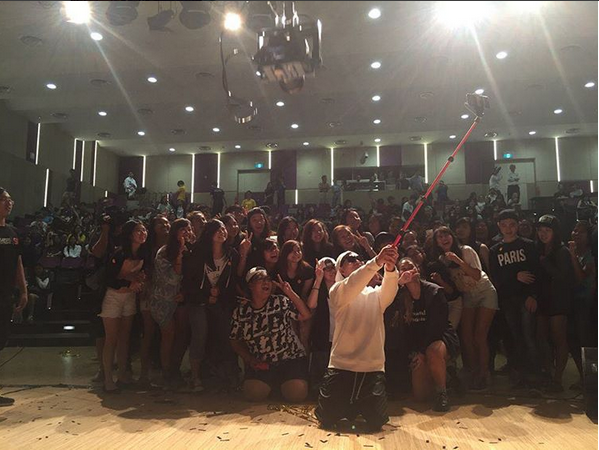 The auditorium session ended on a high note. Gary then proceeded to Food Paradise (Singapore Polytechnic Food Court 3) where he tried the cafeteria’s local delights, touted to be really delicious among the students. Massive fans lingered around while the filming was taking place, with some following closely behind Gary and his crew.

One lucky female, Jeris Lau, 18, get to play the role of a one-day special journalist, tailing Gary throughout his filming session in the school. Jeris, who won the online contest, is coincidentally a Singapore Polytechnic student herself: “I would have never thought that Gary will be in Singapore, let alone be in my school, and I am really pleased to be able to shadow him, to experience how he performs and engage with his fans.”

The next interactive activity saw Gary trying his hands on perfume making with the students in the Perfumery and Cosmetic Science Centre – the first of such lab in Singapore. One of the students, Doreen Ting, 18, concocted a personalized scent just for Gary at the lab. 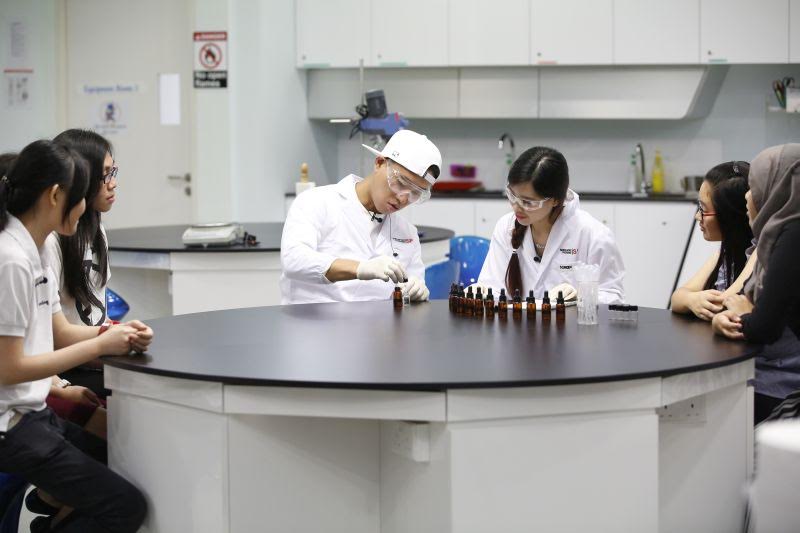 Gary’s appearance was an unforgettable affair for his super-fans.

Airing in Asia on 14th November, it will feature surprise school visits made by famous K-Pop artists outside of Korea, showcasing fervent K-Pop fever in Asia. The programme will feature dedicated episodes filmed in Hong Kong and Singapore – the selected cities – for this reality series.

School’s OUT will air on channel M