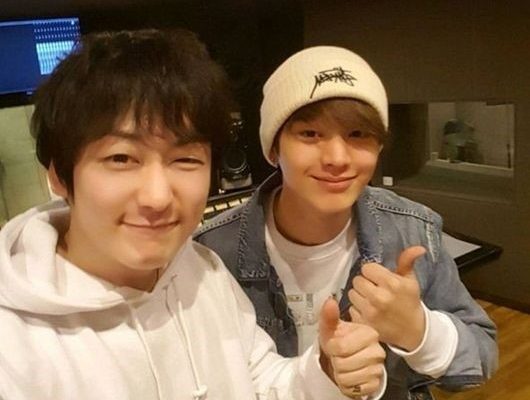 How will the collaboration turn out?

Louie of hip-hop duo Geeks will be dropping his solo album soon, and it seems that he has enlisted BtoB’s Sungjae‘s help!

It was revealed by music industry insiders that Sungjae will be featured in Louie’s upcoming title track, which is scheduled for release on April 22. Louie shared a selca of them in the studio, with the caption: “The title track has been perfected with the handsome Mr. Yook’s featuring. Thus, the album has been completed.”

The album, ‘Hwang Mun Seob’, is derived from Louie’s real name. Featuring 17 tracks, it will also be his first solo album. A release date has yet to be revealed by the time of writing.