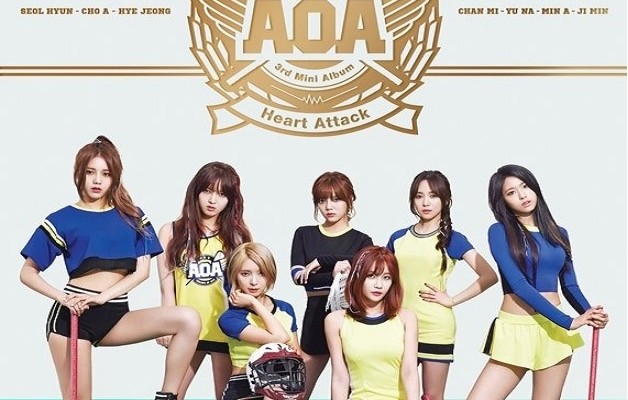 Get Ready To Have ‘Heart Attack’ From AOA In China, Japan and Korea!

Excitement and anticipation are on the rise as AOA will simultaneously drop the group’s third mini album titled Heart Attack in Korea, Japan and China from June 22.

On June 18, AOA released a highlight medley for the new album via portal site Naver, raising fans’ expectation for a catchy and addictive album. The coming album will consist of six songs, namely Heart Attack (title track), Luv Me, Come To Me, One Thing, Really Really, and Chocolate.

It is noted that the Chinese version of the title track will be available via online music sites in China at the beginning of next month. Meanwhile, the Japanese version of Heart Attack will be released in the form of a single album, with a total of three tracks and a separate music video for the lead song.

Previously back in 2014, the girls’ hit track Like A Cat topped Chinese popular websites YinYueTai and Kuwo, while taking the fourth place on Oricon’s Weekly Chart in Japan, proving the septet’s increasing fame across Asia.

The seven-member group is set to kick off its comeback showcase at the AX Hall Korea in Seoul on June 22.

Check out AOA’s highlight medley for ‘Heart Attack’ album below: