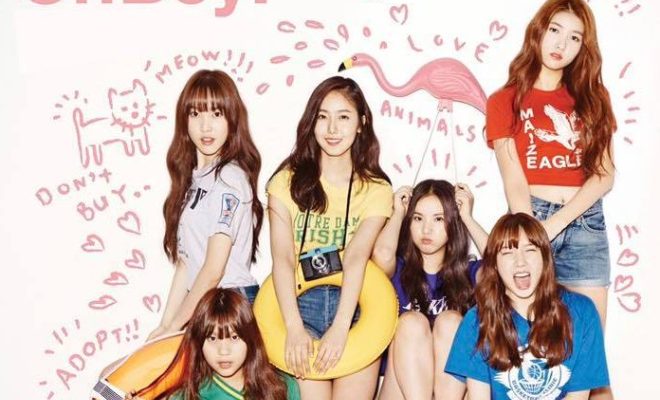 GFriend is getting more popular.

GFriend has just bagged the honorable trophy home for its new track, titled Navillera, in SBS music program The Show on July 19. 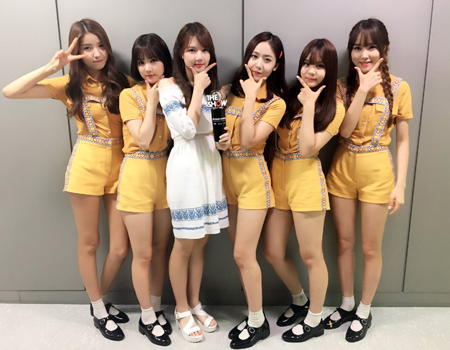 After the program, the group’s producer uploaded a message on Twitter, expressing his happiness about the girls’ win. He wrote: “The winner of the fourth week of July is ‘The Show’s’ girlfriend forever! GFriend won first place for the first time!”

In addition, the group also expressed their gratitude to fans:”We will work harder to come up with better songs. Thanks to all our fans, as well as those who have supported us.”

Meanwhile earlier on, Navillera swept a series of music charts, including Melon, Olleh, Naver, Mnet, Bugs, Genie and Soribada, as soon as it was released on July 11.

Hellokpop, as an independent Korean entertainment news website (without influence from any agency or corporation), we need your support! If you have enjoyed our work, consider to support us with a one-time or recurring donation from as low as US$5 to keep our site going! Donate securely below via Stripe, Paypal, Apple Pay or Google Wallet.
FacebookTwitter
SubscribeGoogleWhatsappPinterestDiggRedditStumbleuponVkWeiboPocketTumblrMailMeneameOdnoklassniki
Related ItemsGFRIENDNavillerathe show
← Previous Story ASTRO To Hold First Solo Concert In August in Seoul
Next Story → Phantom’s Hanhae To Feature In HyunA’s New Album