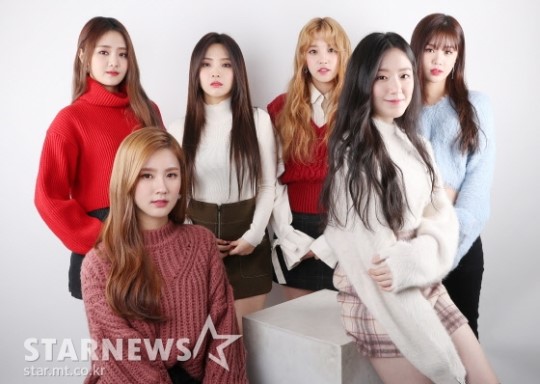 The dynamic rookie girl group will capture your hearts once again as they return with another hit album.

(G)I-DLE will come back at the end of February 2019. At this moment, the girls are busy working on their new album as they add on some final touches. This will be their latest comeback after six months when they released their first digital single on August 14, 2018.

Fans are excited for the new album as they anticipate new and charismatic charms of (G)I-DLE. They have already proven their vocal and performing talent when they released their debut mini-album I Am. Within the first week, the music video for their title track, “Latata”, exceeded 5.9 million views.

On a recent note, their latest digital single, “Hann (Alone)” also enable their claims for a number of accolades. The music video surpassed 4.9 million views within the first 24 hours on YouTube. It also topped domestic music charts like Bugs, Genie and Olleh Music. In addition, they won another music show win with “Hann (Alone)” on Show Champion.

Further details about their comeback is still yet to be announced. Keep updated with the girls on their official Twitter account.

Stay in the know for the latest K-pop news by following us on Twitter!

Hellokpop, as an independent Korean entertainment news website (without influence from any agency or corporation), we need your support! If you have enjoyed our work, consider to support us with a one-time or recurring donation from as low as US$5 to keep our site going! Donate securely below via Stripe, Paypal, Apple Pay or Google Wallet.
FacebookTwitter
SubscribeGoogleWhatsappPinterestDiggRedditStumbleuponVkWeiboPocketTumblrMailMeneameOdnoklassniki
Related Items(G)I-DLE
← Previous Story Dreamcatcher Counts Down To New Album Release With Mysterious Teasers
Next Story → Ji Sung And Lee Bo Young Welcome Their Second Child