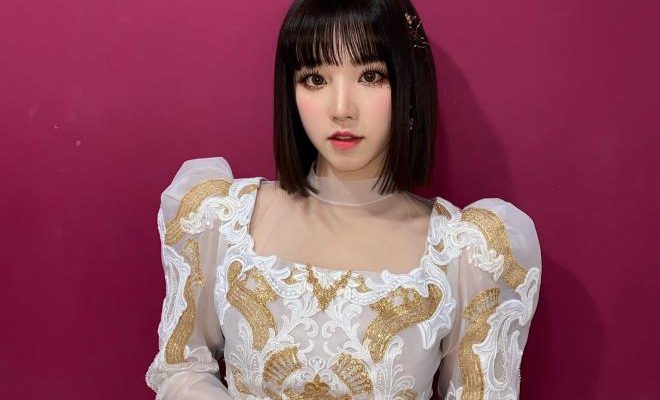 By Patricia Cabela | May 7, 2021
FacebookTwitter
SubscribeGoogleWhatsappPinterestDiggRedditStumbleuponVkWeiboPocketTumblrMailMeneameOdnoklassniki

Proving that she is indeed an all-rounder, Yuqi unveils the first teaser for her upcoming solo track “A Page!”

Yuqi of multitalented girl group (G)I-DLE will be blessing NEVERLANDs’ ears soon with good music! She is now gearing up for the release of her digital single titled “A Page!” 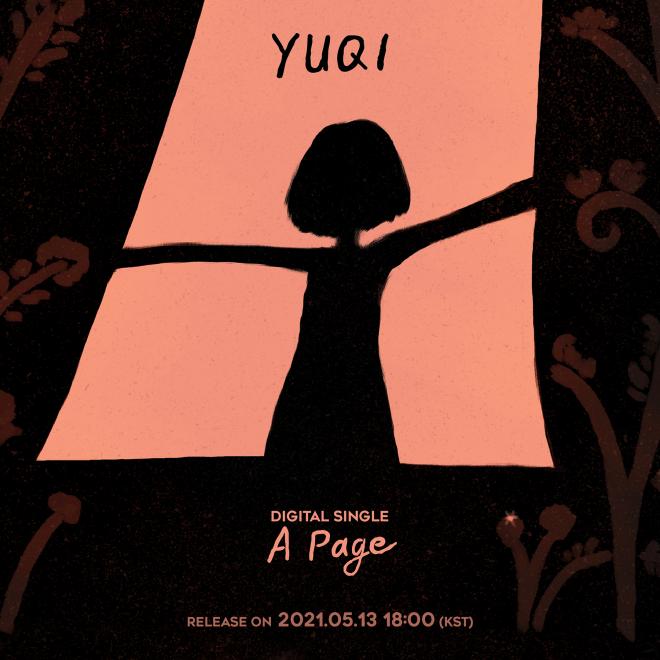 On May 5, Cube Entertainment announced the idol’s debut as a soloist through a striking artwork teaser poster.

Uploaded through (G)I-DLE’s official social media channels, the image shows a girl sporting a bob cut, while pushing away a curtain using both of her hands. Since the idol’s haircut is in the same shape, many fans assumed that the girl is indeed Yuqi but in a cartoon form.

Looking like a movie poster, the photo gives off a puzzling vibe through the use of cool black tones. However, the orange tint behind the girl’s figure seemingly contrasts the peculiarity of the teaser, along with the subtle details around the corners.

Heightening fans’ excitement, the teaser also revealed the official release date and the title of the upcoming track. Delivering good news to international fans, the song is set for release both in South Korea and the rest of the world.

From the looks of the teaser alone, this release will surely belong to many K-Pop fans’ daily playlists. The atmosphere that the image brings is already giving fans a hint that this song will be another banger just like any of (G)I-DLE’s tracks.

YUQI AS A WELL-ROUNDED IDOL

Yuqi debuted in 2018 as a member of the girl group (G)I-DLE, which is under Cube Entertainment. The group instantly became monster rookies because of the success of their debut song “LATATA.” The track surpassed 5.9 million views on YouTube upon its release. 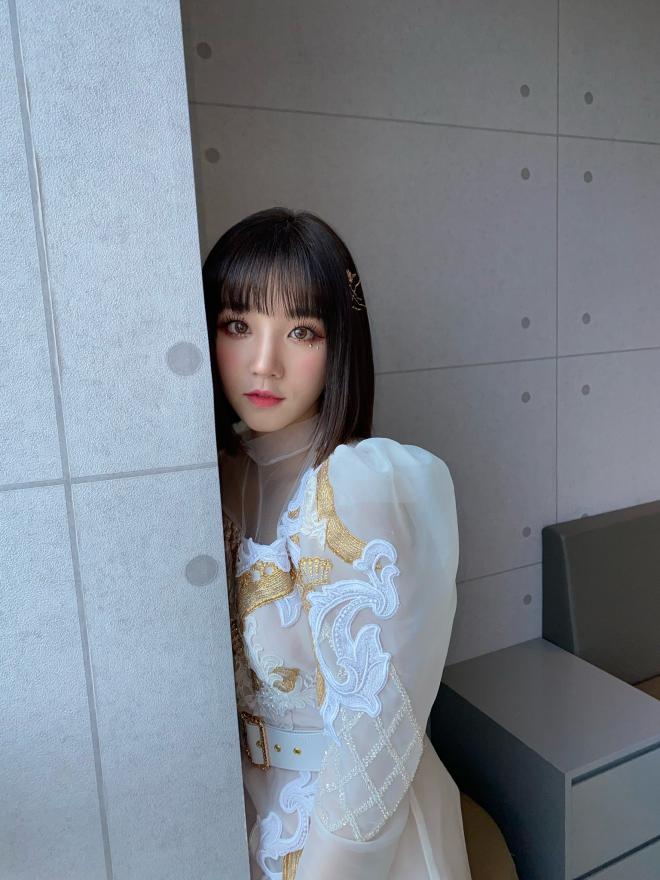 Last January, the group came back to the music scene with their fourth EP I Burn, along with its lead single “HWAA.” Demonstrating its global influence, (G)I-DLE raked 10 consecutive music show wins.

Yuqi has been demonstrating her artistic prowess by becoming one of the hosts of the Chinese reality show Keep On Running and 2019. She also served as the main host for the KakaoTv variety show titled Learn Way.

Meanwhile, Yuqi will release her first solo track “A Page” on May 13 at 6 PM KST.