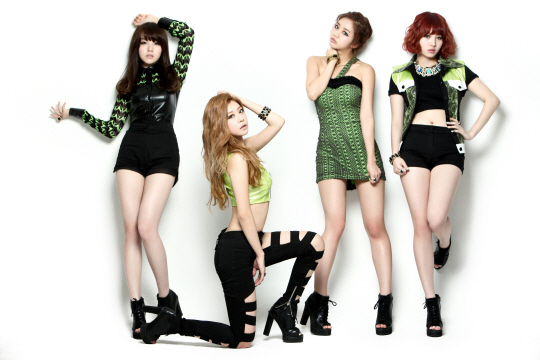 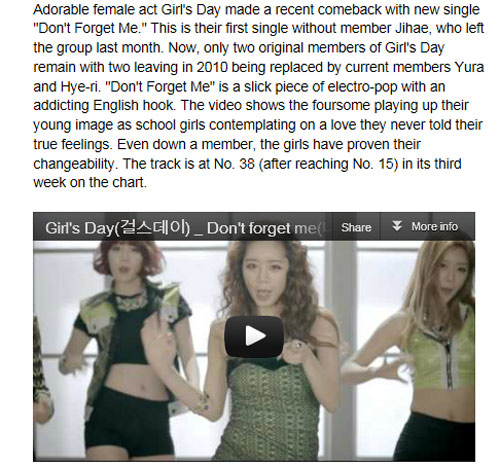 Billboard explained Girls’ Day’s single as “Don’t Forget Me’ is a slick piece of electro-pop with an addicting English hook. The video shows the foursome playing up their young image as school girls contemplating on a love they never told their true feelings. Even down a member, the girls have proven their changeability. The track is at No.38 (after reaching No.15) in its third week on the chart.”

Despite the departure of member Jihae, Girls’ Day made a strong comeback on October 16th with their new single Don’t Forget Me. They are working hard with their activities on various music programs and variety shows.

Check out their music video once again which has been complimented by the American Billboard and share your thoughts!