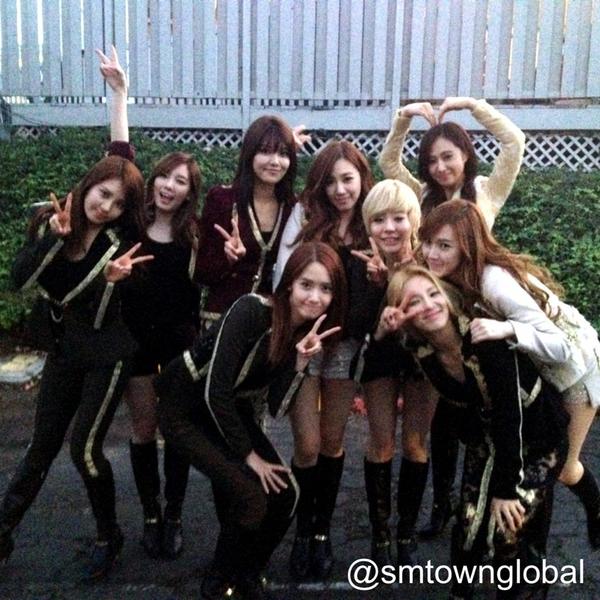 Girls’ Generation takes a picture together in Los Angeles

In celebration of America and Korea‘s diplomatic relations, a K-pop concert was held on November 10 at the Verizon Wireless Amphitheatre in California. The concert, entitled 2012 SBS K-POP Super Concert in America, was attended by thousands of fans in the country.

Girls’ Generation, one of the headliners of the event, uploaded a group picture of them dressed in their stage outfits, showing how excited they were to be back in Los Angeles. The group received thunderous applause as they performed their hits Genie, Mr. Taxi, Run Devil Run and The Boys during the concert.