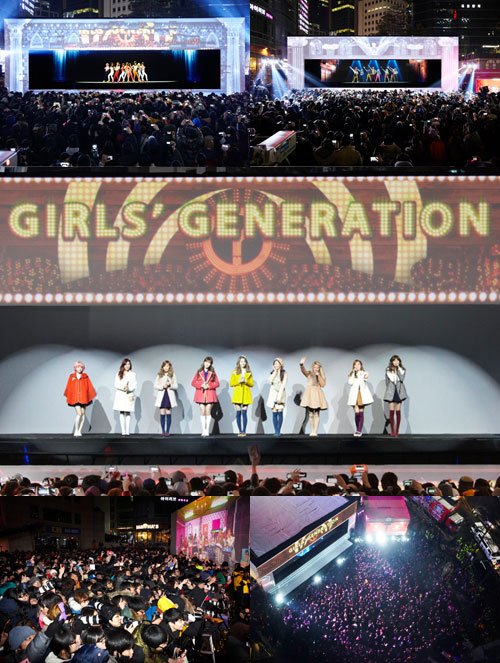 Girls’ Generation prepared a hologram performances titled V Concert at the Gangnam station, and it caused people to be paralyzed from the excitement. Despite the freezing winter weather many people stood in front of the stage for their V Concert 3 to 4 hours prior to the performance.

V Concert stands for Virtual Concert, due to the stage being made out of hologram to have a real look to it. This hologram stage is a new concept brand that was created by Girls’ Generation’s agency SM Entertainment. At the V Concert, Girls Generation’s new album songs I Got a Boy and Dancing Queen was performed for the first time through the hologram performance. It is said to look like the real Girls’ Generation was performing.

With the help of portal site Naver, they were able to ease the sorrow of the fans who were not able to attend the hologram V Concert.