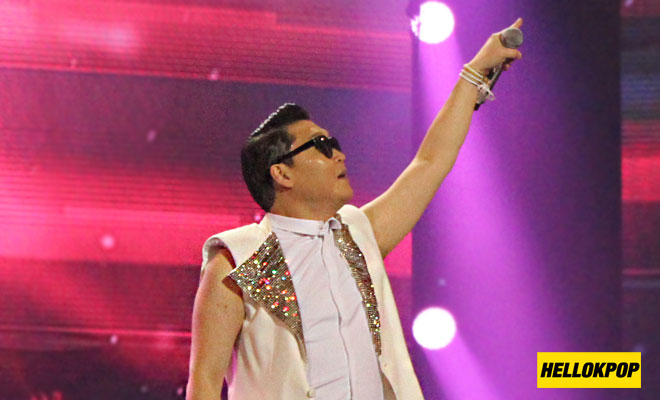 Looking forward to another global hit by PSY!

Singer-songwriter PSY is set to make his come back with new a track in late April. “We are in the final phase of PSY’s album production,” YG Entertainment, the singer’s agency stated.

The reported comeback will mark the return of the star after 16 months of hiatus. The new album will follow the singer’s seventh album “Chiljip PSY-da” which featured tracks like Daddy and Napal Balji.

The confirmation followed the artist’s announcement of his return during the ‘One K Global Peace Concert‘ in Manila last March 2. The singer performed his hits Daddy, Napal Balji, and Gentleman. He also introduced his heartwarming song, Father to the Philippines.

The global superstar who rose to world wide fame with Gangnam Style shared the stage with his juniors like B.A.P, BTOB, B1A4, AOA, CNBLUE and SHINee at the SM Mall of Asia Arena.