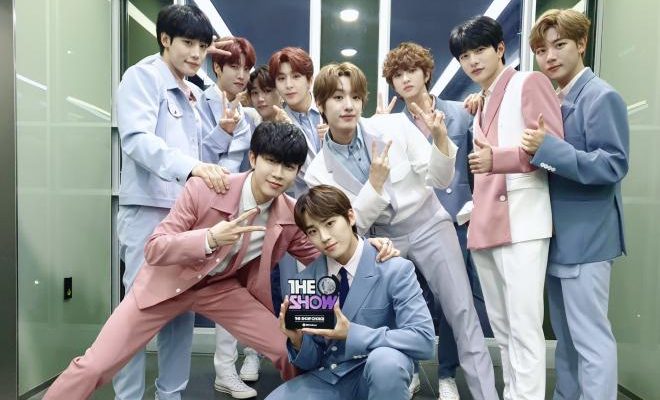 Golden Child took the first place on SBS’s The Show!

Golden Child received an incredible gift from fans, their first win for the group’s newest song “Pump It Up”. 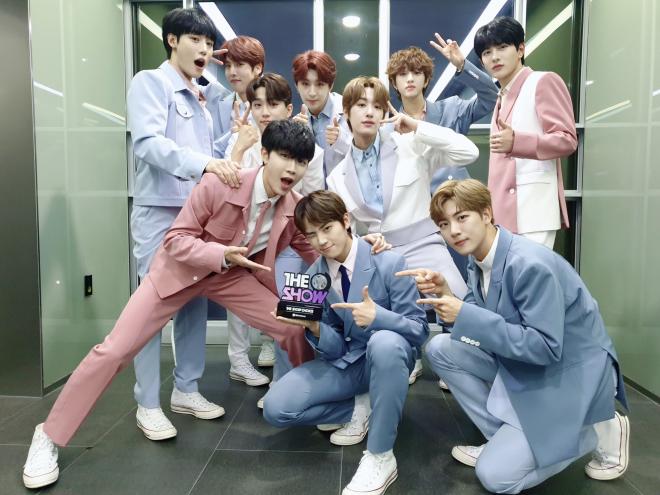 On October 13, the boys appeared on SBS MTV’s The Show where they performed their latest title track “Pump It Up”. The idols were nominated for the program’s music award, which they won over WJSN CHOCOME and WEi.

After taking the first place, Golden Child expressed their gratitude through their agency, Woollim Entertainment. “Thank you, Goldenness, for giving us this precious gift on Seungmin’s birthday. We will do our best to repay you by showing you the best performances and songs that we can. We hope to continue being together in the future and that it will be full of good things.”

“Pump It Up” is an up-tempo dance song that shows the excitement one feels when seeing the person they like. It features a fun beat and a bright, refreshing atmosphere which allows Golden Child to show its unique lively charm.

The group’s second single album Pump It Up came out on October 7 and ranked at the top of many music charts upon its release. The artists showed off their distinct presence despite their fierce comeback rush.

In addition, the single drew attention when it entered the iTunes Pop Single Chart in four countries. It ranked 98th, 126th, 9th and 65th in the the United States, UK, France and Germany respectively. At the same time, it entered the iTunes K-pop overseas  top 10 in 15 regions, proving the idols’ global popularity.

Golden Child will continue to be active with its new song “Pump It Up”. Meanwhile, you can check their energizing performance on The Show and their win below! The boys made a couple lyric alterations for the encore stage in celebration of member Seungmin’s birthday.