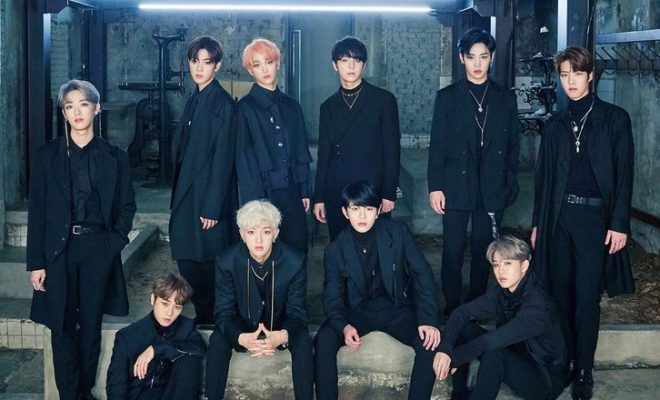 Golden Child shows that they are all grown up as they don a brand new concept for their exciting comeback!

Golden Child amplifies the anticipation for their scheduled comeback this November 18 with their very first full album!

Titled RE-BOOT, the upcoming release from the boy group was revealed to include a total of twelve new songs through its tracklist announcement on November 5. Containing a rich roster of songs set to highlight each Golden Child member’s talents, the album will be headlined by the track “Wannabe” – which members Jang Jun and Tag personally wrote their own raps for.

The two also actively participated in making lyrics for five songs from the album, namely “Compass (literal translation)”, “Then Spring (literal translation), “She’s My Girl”, and “Lately”. The song “No Matter What” which they also wrote the lyrics of, meanwhile, is a unit song for the two along with groupmate Joo Chan.

Joo Chan will also get to include his previously-released solo single “A Song For Me”, which he wrote, composed, and arranged the music of himself, on the album. Adding another solo song to the album, Y will be endowing the track “Fantasia” to Goldenness.

Meanwhile, Dae Yeol, Seung Min, and Dong Hyun will be taking on their own unit song – and the same goes for Jae Hyun, Ji Beom, and Bo Min. 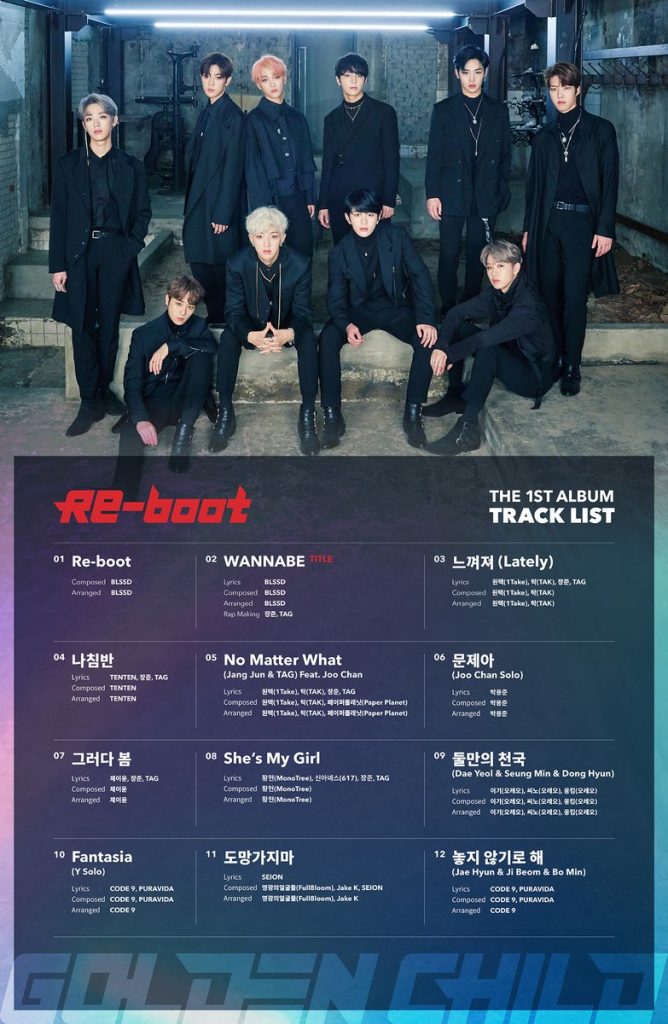 Earlier on November 4, the group blessed their fans with a set of teaser photos where they flaunted their fiercer and more mature charms for their new concept. 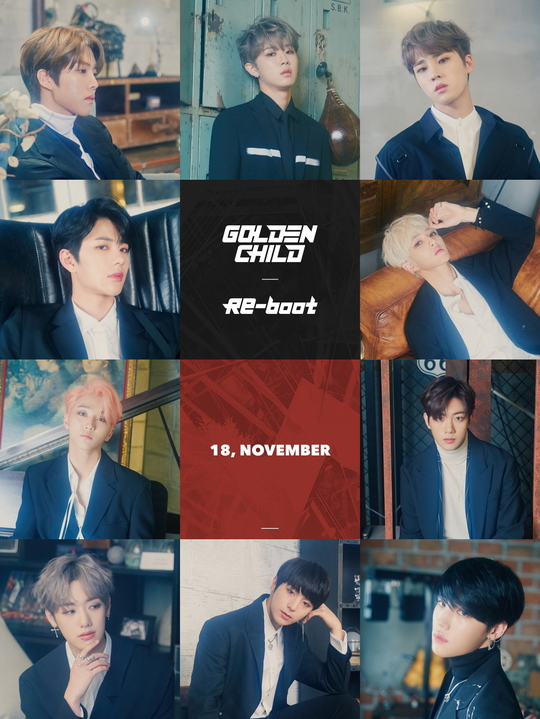 Golden Child’s return with RE-BOOT marks over a year since they last formally graced the music scene with their third mini-album WISH and its lead track “Genie” from October 2018. Earlier in May 2019, they released the single “Spring Again” which they, unfortunately, did not hold promotional activities for.