By Marty M | May 4, 2013
FacebookTwitter
SubscribeGoogleWhatsappPinterestDiggRedditStumbleuponVkWeiboPocketTumblrMailMeneameOdnoklassniki 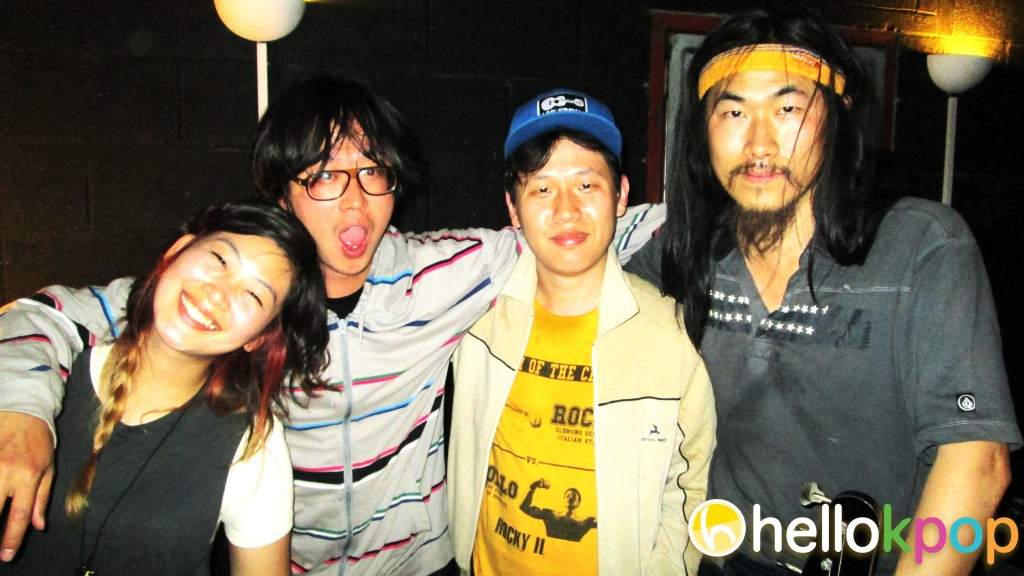 Goonam (short for  Goonamguayeoridingstella) is a Seoul-based rock act composed of Ung Joh (guitar and vocals) and Byunghak (bass and vocals). Their 2007 debut album We Are Pure was ranked as the 70th best Korean album of the year 2000’s on 100Beat.com. They have released their sophomore album Woojung Motel in 2011 to further their critical acclaim. They combine elements of rock, psychedelic pop, blues, surf, reggae, and even a touch of dub into groovy sonic concoctions to create one of the most eclectic and unique sound emerging from Korea.

We take the opportunity to introduce this talented group to our readers as we interviewed them in Tunbridge Wells for their Korea Rocks Tour in the UK. They were joined by Taesik (drums) and Naum (keyboards), who have been revealed through our exclusive interview, are soon to become more than live musicians.

Can you introduce yourself?

Ung Joh: We are Goonamguayeoridingstella. Our name is based on the Hyundai Stella car my parents were driving when I was young.

And now you are part of the Korea Rocks Tour in the UK sponsored by Hyundai Card Music!

What do you think you can gain from this tour?

Ung Joh: We can gain experience. Some fresh air, London air (laughs) and some rain too (as a few drops were falling at this time). But we’re quite tired now because of the jet lag.

Byunghak: Walking alongside the river.

You said in a recent interview that you want to have a lot of fun on stage and your MVs are actually quite fun but without understanding the lyrics, it seems that your albums are quite serious, filled with saturnine sadness at times.

What is your aim as a group? What was your dream when starting this group?

Ung Joh: We want to be extremely happy.

Byunghak: Be on stage and have a lot of fun.

How popular are you in Korea?

Ung Joh: We’re not really popular. I mean the indie scene in Korea isn’t that popular but we are popular within this indie scene. 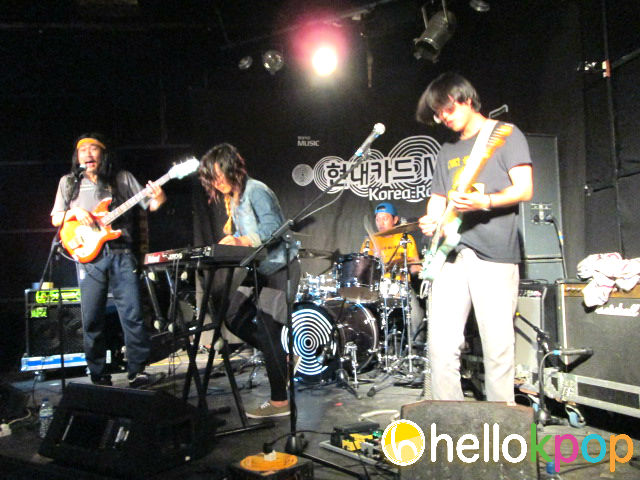 We’re planning on making two albums this year. One will be a Goonam album, the other will be with all four of us

What is your asset as a group? What makes you unique?

Ung Joh: We play music from Asia; we are traditional. Many Asian artists play Westernized music while we are more concentrated on the music heritage of our own country. I think it’s probably our strong point, our asset, maybe.

Would you like to play music in a different era or is now the right time for Goonam to be alive?

Byunghak: Of course we owe a lot to the previous generations but now is better. We’ve learned from all those past musicians to make our own sound.

What are your plans for the rest of the year?

Ung Joh: We’re planning on making two albums this year. One will be a Goonam album, the other will be with all four of us (with live members Kim Naum, keyboards, and Park Taesik, drums).

Byunghak: We’re excited about it.

Have you started production?

Ung Joh: The songs are ready but we still have to record it. There will be 10 songs for each new album.

Do you have any plans to become bigger?

Byunghak: We want to go further in our sound. We want to be more creative but we do depend on Western pop nowadays; it’s quite a big influence.

Do you have any favourite David Bowie’s song or album?

Ung Joh: I think Wild is the Wind (from the 1976 ‘Station to Station’ album) is a major influence on our music. We want to be more creative; to combine this Western pop influence with our own traditions. We want to conserve our own musical identity while always being more creative.

Is there anything in particular you want to do while in the UK?

Ung Joh: We have a very tight schedule. (laughs) But I want to go to the park, Hampstead Park (North London). I love beautiful parks.

Ung Joh: The last time I came to the UK, I met the Blur guitarist, Graham Coxon, in a Camden Town pub. It was great! (laughs) 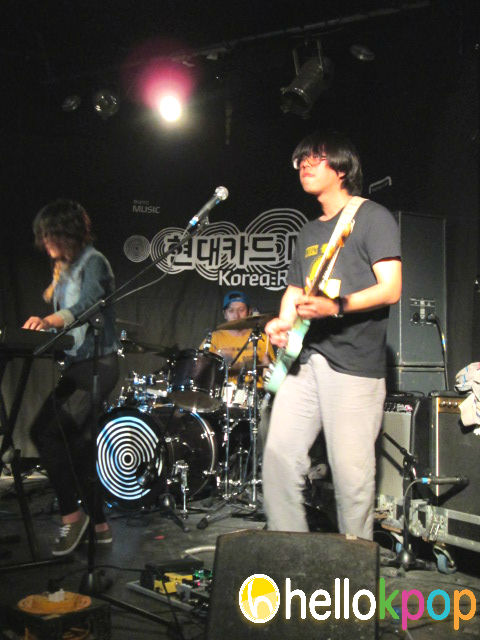 It was a great time together with the four members of Goonam as we sat down for this warm and personal interview. They had a great show that night and are as affable and fun on stage as they are off stage. We would like to wish them the greatest of success of the upcoming release of their new albums.

You can read the following stories from the Korea Rocks Tour at Tunbridge Wells:

You can find out the latest updates of Goonam by following them: