GOT7 will fly their way into fans’ hearts this March with the group’s upcoming release ‘Flight Log: Departure’!

On February 26, a comeback schedule and timeline was released via GOT7’s official Facebook page. 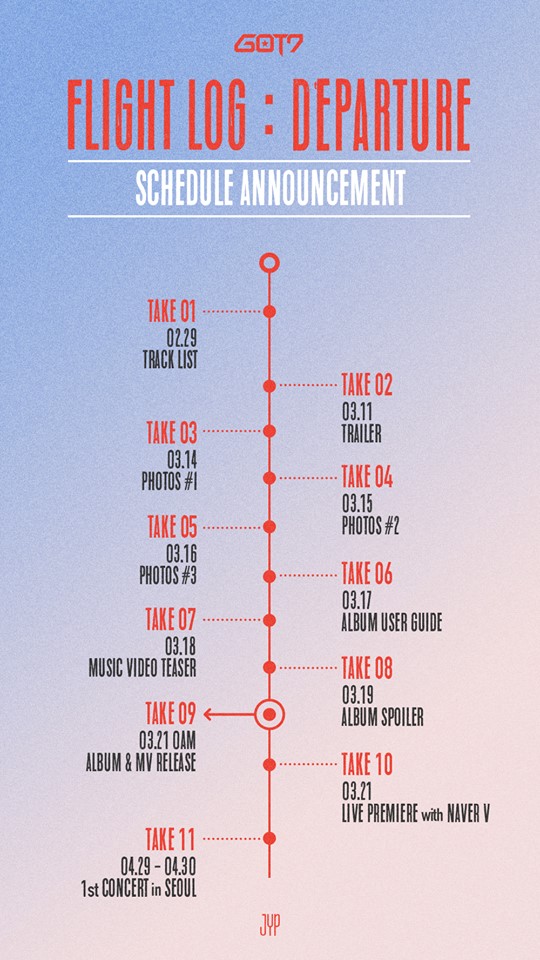 With 11 ‘Takes’, the first Take would be the release of Flight Log: Departure’s track-list on February 29. The album and music video for their lead single are slated for release on March 21, 12am KST.  GOT7 will then end their flight schedule with the group’s 1st Concert in Seoul on April 29 and 30.

March and April will prove to be a busy month for the boys – keep your eyes peeled for more details on GOT7’s comeback on hellokpop!