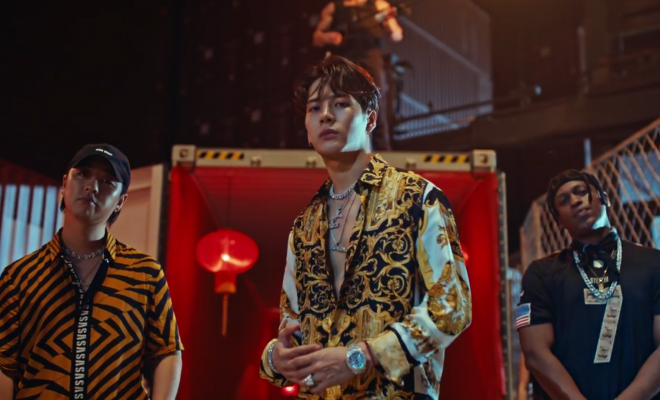 Screen Capture from the MV

Straighten up, folks! Jackson Wang is back with a new song!

GOT7’s Jackson sets aside his idol persona for a while in a fiery new music video of his latest release “Different Game”.

The rapper worked with American rapper Gucci Mane to bring to life a hard-hitting track which he co-wrote with Mane and personally composed and arranged.

Jackson showed a really different kind of game with an elaborate and eye-catching music video which kicked off with the night lights of Shanghai’s skycraper.

Looking classy, laid-back but confident, the rapper delivered the first lines of his rap: Yeah, straight up / Yeah, okay / Imma show you it’s a different game.

With the song and music video out, fans of Jackson can’t help but express their admiration for the newest offering of the rapper.

“The power he holds,” wrote one Twitter user about the Team Wang cars and airplanes which were present in previous music videos and made another appearance in “Different Game”. Another user took notice of similarities with Jackson’s other videos where he always sat at the head of the table

Other fans were obviously captivated by the visuals the rapper delivered in the video.

Check out more reactions from fans on #JacksonWangXGucciMane collaboration.

CLOSE UP OF HIS JEWELS, THATS SO SEXY. YALL CANT EVEN SPELL EXPENSIVE. #DifferentGame #JacksonWangxGucciMane pic.twitter.com/a9pJeZN6sB

JACKSON LOOKING DIRECTLY INTO THE CAMERA AS HE RELAXES BACK INTO HIS CHAIR, WITH HIS WHOLE CHEST OUT ? [GULPS] #DifferentGame #JacksonWangxGucciMane pic.twitter.com/CKZE9swF8J