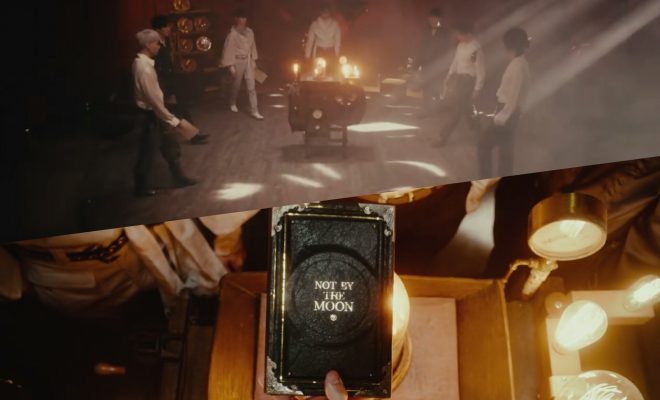 GOT7 is coming to own the month of April with a godly comeback!

GOT7 announced their highly-anticipated comeback with a cinematic concept trailer and set of poetic “scripts” unveiled on the midnight of April 6! 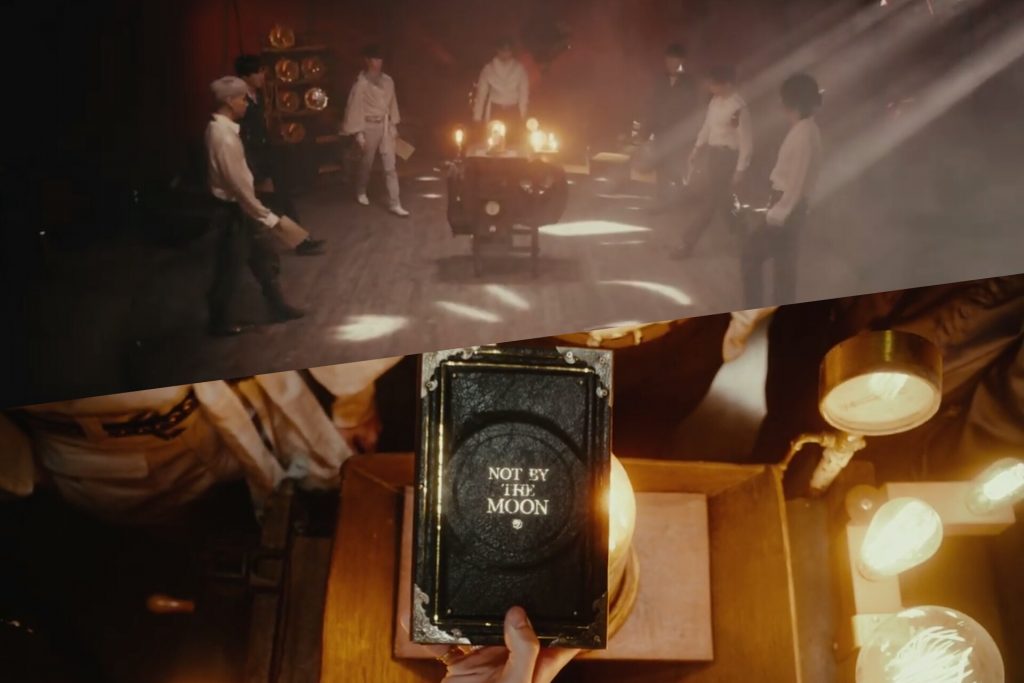 The spectacular and talented septet is returning with a new mini-album set to make Ahgases’ hearts pound this April 20!

Titled DYE, the mini-album is revealed to be headlined by a song called “Not By The Moon”. Dropping at 6 PM KST, this will mark their eleventh mini-album as well as their much-anticipated first release for the year.

GOT7 made the big announcement through a concept trailer which seemed like an old movie—or even a grim fairytale. Running for two minutes, the clip starred the group’s seven members at the end, looking like princes as they piece a book together which showed the title of their mini-album’s lead track.

The rest of the video also contained a chilling yet poetic narration. This further raised curiosity over the group’s concept for their upcoming return.

Aside from the trailer, the group also shared cryptic “cinema scripts” which contained dramatic sentences that gave the same feeling as lines in an ancient play or fairytale. 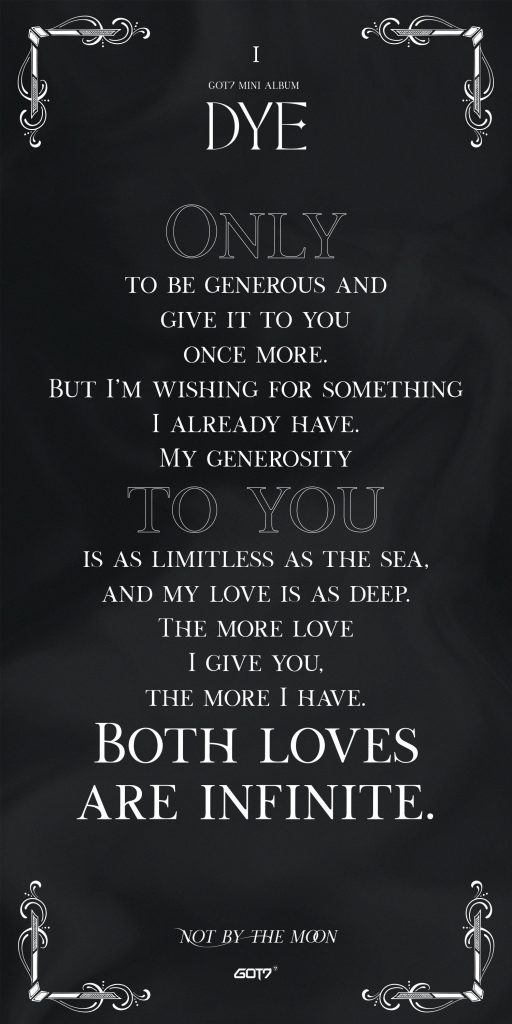 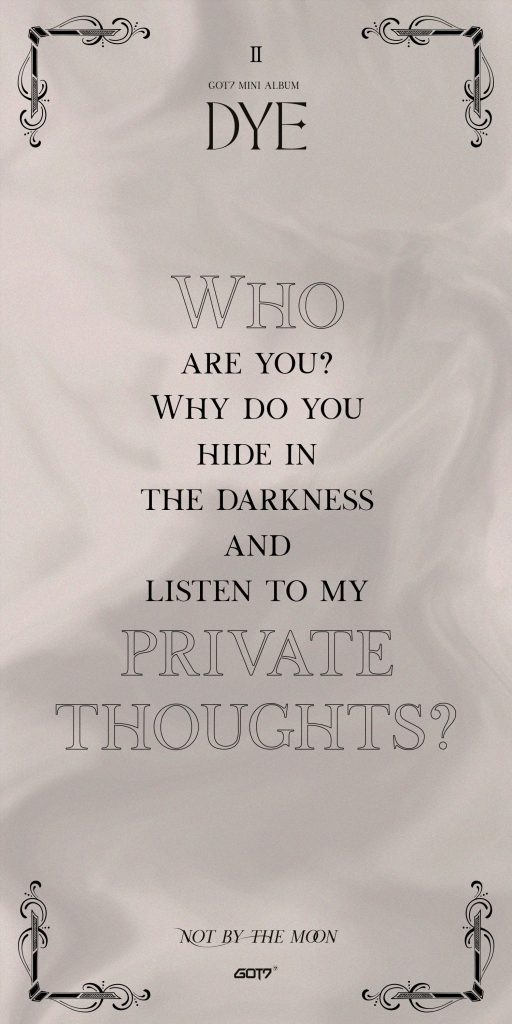 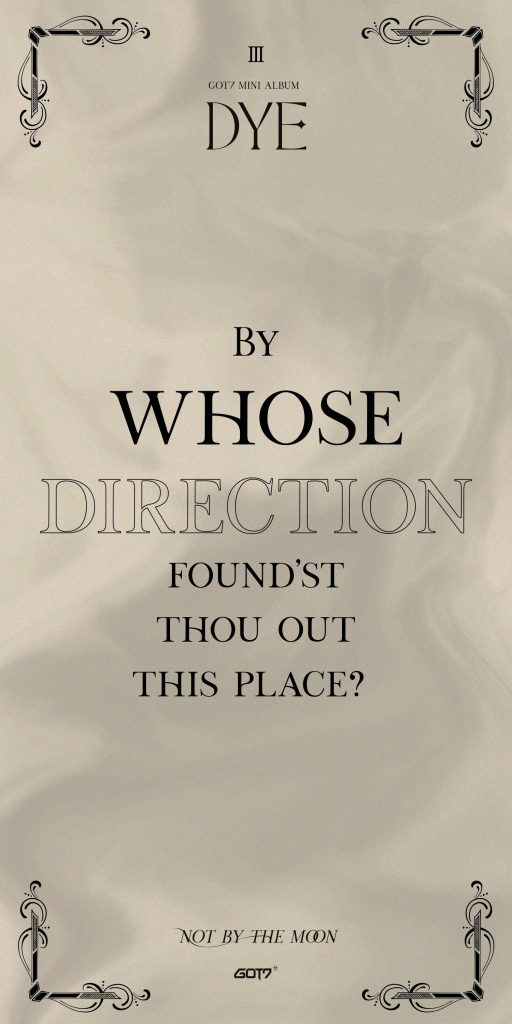 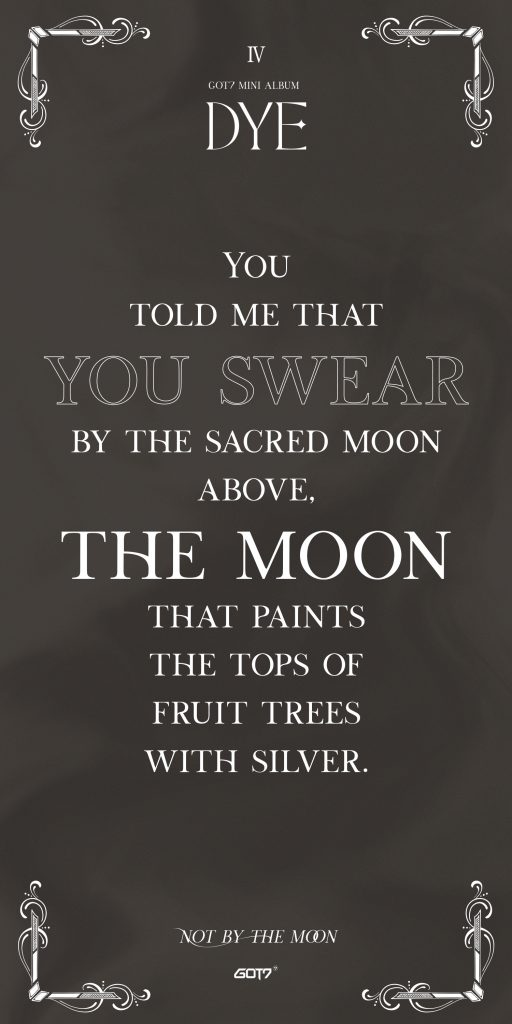 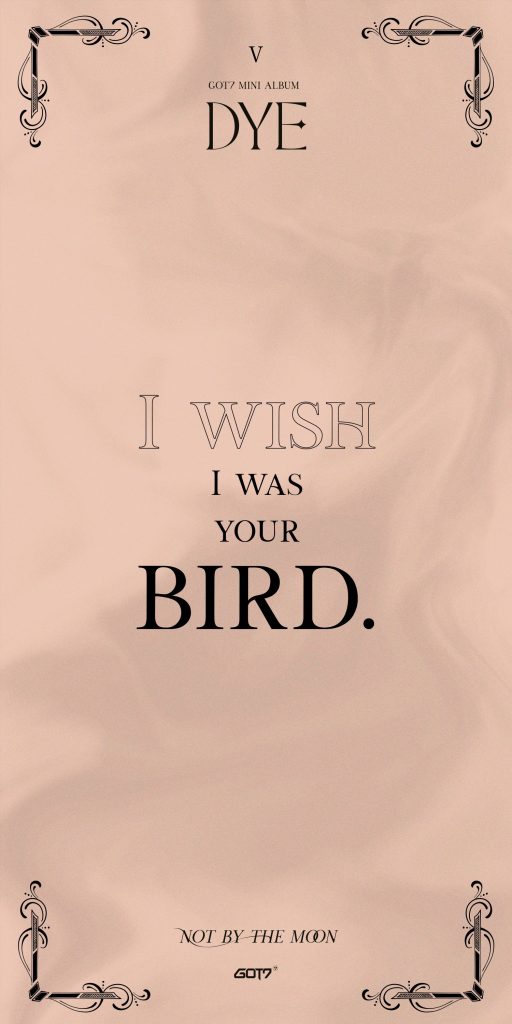 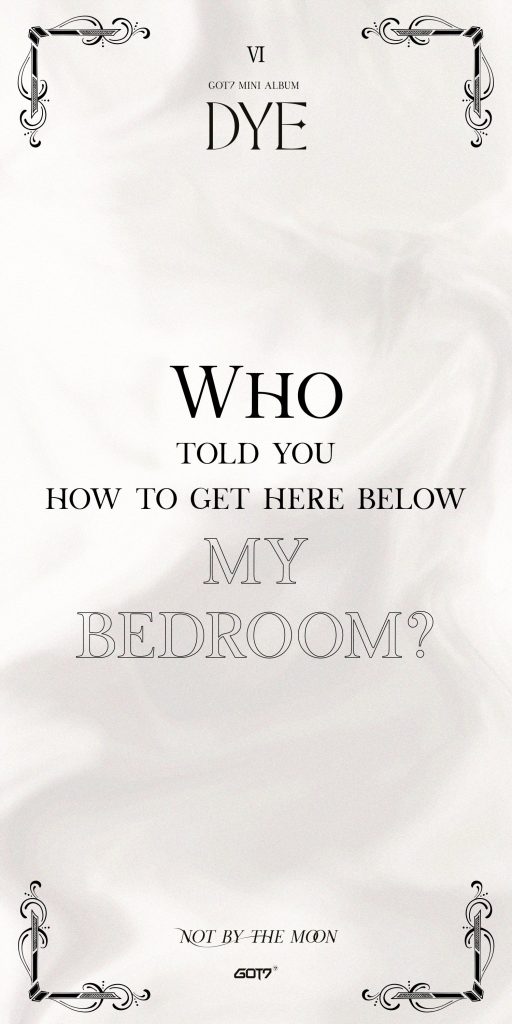 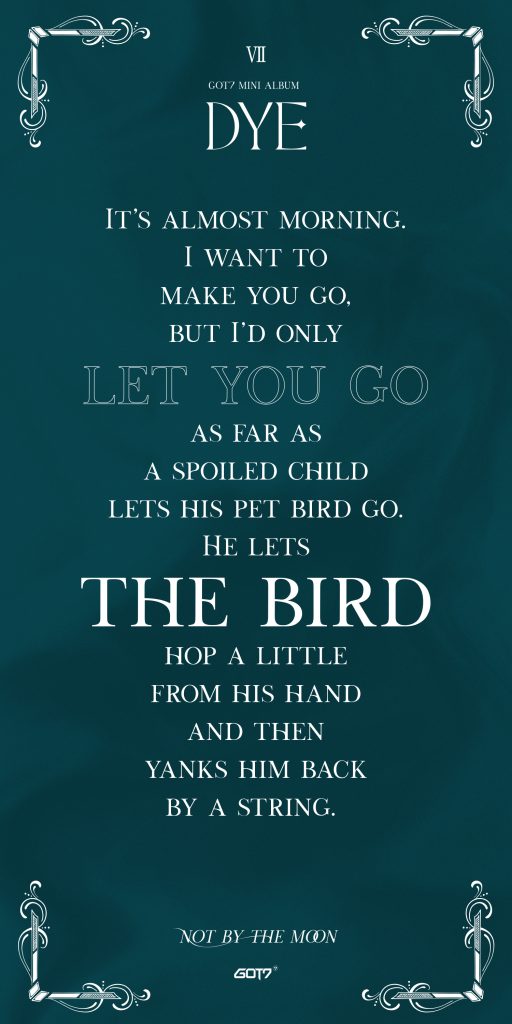 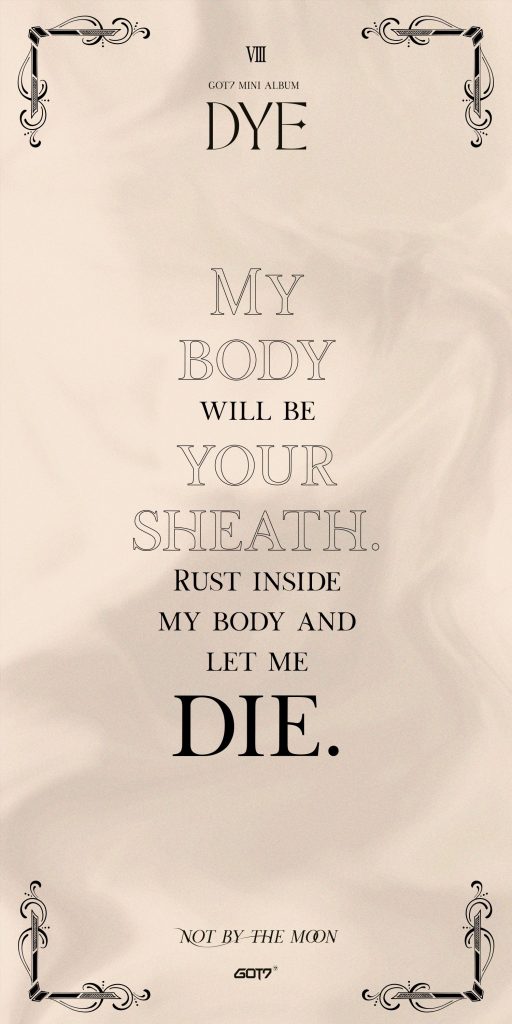 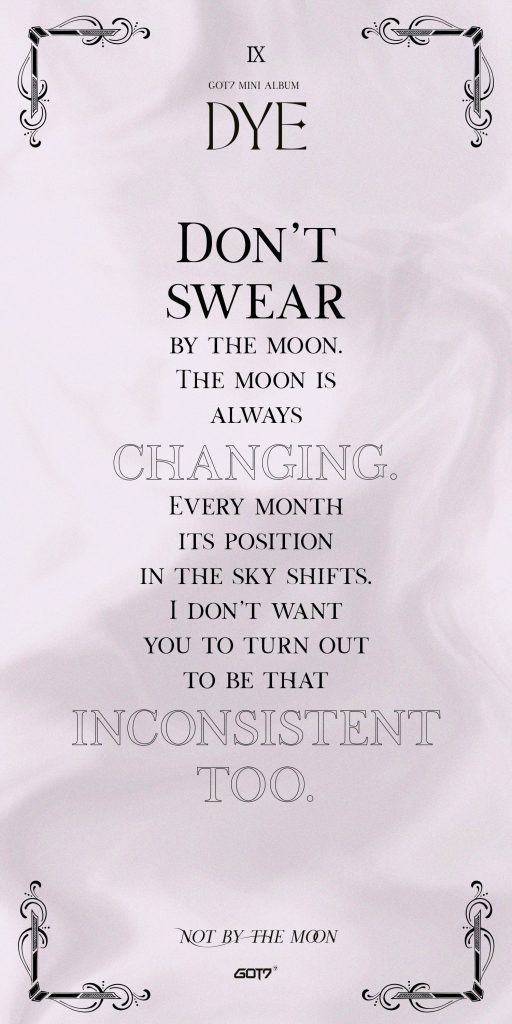 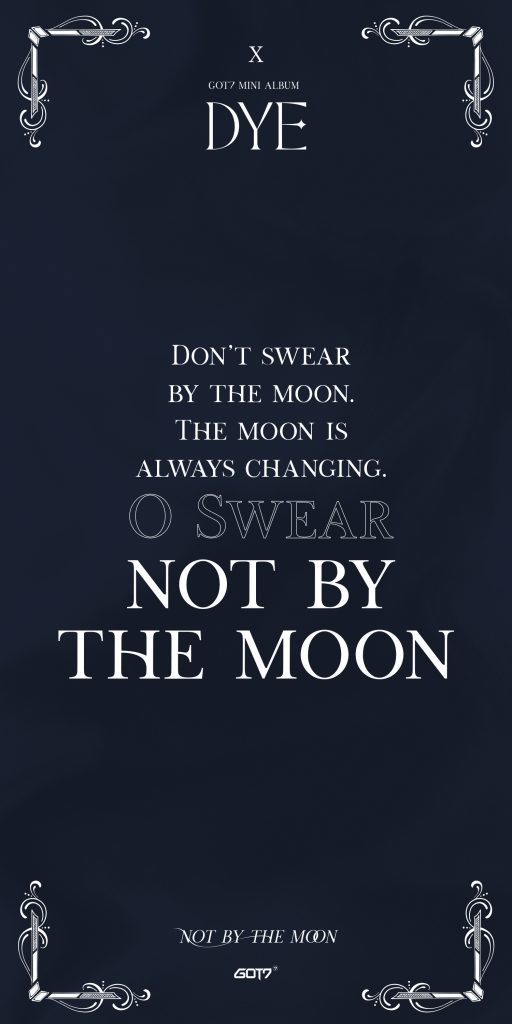 Gathering huge anticipation from fans, DYE comes five months since they returned with the mini-album Call My Name in November 2019, which was headlined by the track “You Calling My Name”.

Videos and photos from JYP Entertainment

Hellokpop, as an independent Korean entertainment news website (without influence from any agency or corporation), we need your support! If you have enjoyed our work, consider to support us with a one-time or recurring donation from as low as US$5 to keep our site going! Donate securely below via Stripe, Paypal, Apple Pay or Google Wallet.
FacebookTwitter
SubscribeGoogleWhatsappPinterestDiggRedditStumbleuponVkWeiboPocketTumblrMailMeneameOdnoklassniki
Related ItemsDYEGOT7Not By The Moon
← Previous Story “The World Of The Married” Continues Rising In Viewership Ratings
Next Story → Apink Gives A Glamorous Glimpse At Their Tracklist and Teaser Photos For “LOOK” Comeback