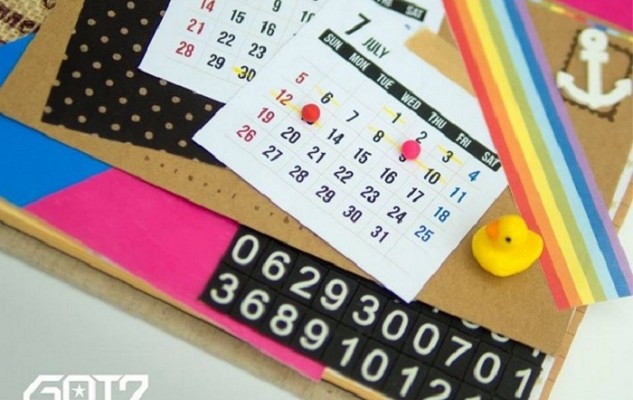 GOT7 will be heating up this hot summer even more by joining the comeback line-up next month!

According to JYP Entertainment on June 29, GOT7 is set to return to the music scene with its third mini album titled Just Right on July 13. The agency also released a pre-teaser image via its official website and other social media networks to announce the boys’ comeback.

The photo shows a calendar with two dates marked with pins; July 9 and July 13, which possibly hint at the teaser video and the full music video release dates for the boys’ title track. The other highlighted numbers on the calendar seem to indicate important promotional schedules, which has aroused curiosity among fans.

In related news, the septet have recently brought their first Japanese fan meeting tour, titled GOT7 1st Fan Meeting in Japan ‘LOVE TRAIN,’ to a successful close, proving their increasing fame in Japan by attracting a whopping total of 10,000 fans.