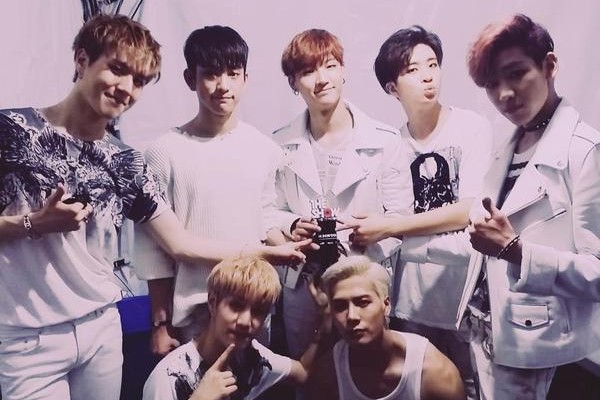 GOT7 Takes “MAD” To The Top Of Billboard Chart

This is yet another milestone of GOT7!

On October 7, GOT7 successfully leapt to the first spot on Billboard’s World Album Chart on the week of October 17 with its 4th mini album MAD. Just yesterday on October 6, the group took home its first music show trophy since debut on MTV SBS’ The Show with If You Do. The hashtag #GOT71stWin was also spotted on the top of Twitter’s Worldwide Trends. 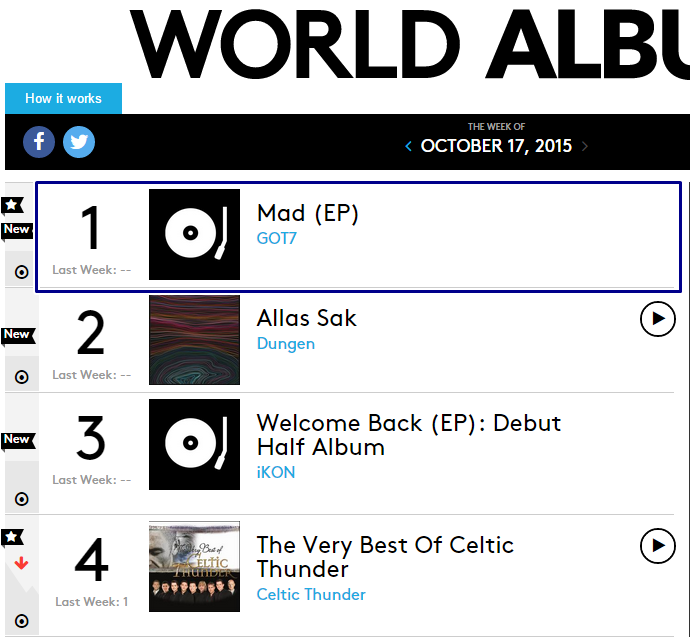 On the same chart, iKON took the third place with its debut half album Welcome Back, while SEVENTEEN has been on top 10 for three consecutive weeks with its 2nd mini album Boys Be.

Hellokpop, as an independent Korean entertainment news website (without influence from any agency or corporation), we need your support! If you have enjoyed our work, consider to support us with a one-time or recurring donation from as low as US$5 to keep our site going! Donate securely below via Stripe, Paypal, Apple Pay or Google Wallet.
73
SHARES
FacebookTwitter
SubscribeGoogleWhatsappPinterestDiggRedditStumbleuponVkWeiboPocketTumblrMailMeneameOdnoklassniki
Related ItemsBillboardBOYS BEGOT7If You DoiKONMadSeventeenthe showWelcome BackWorld Album Chart
← Previous Story Roy Kim To Perform His New Song At Coming Concerts?
Next Story → EXO Sets Hearts Flutter In Charismatic Jacket Photos Of Japan Debut Single