October 6th will be a memorable date to the members of GOT7 as well as their fans – for the group snagged its first number 1 music show trophy since debut with If You Do on the same-day telecast of MTV SBS’ The Show! 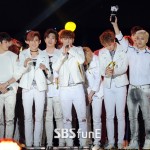 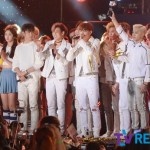 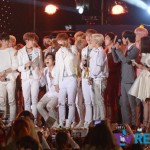 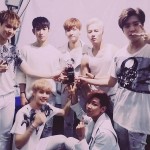 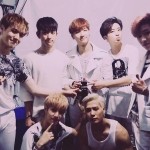 Up against four other fierce competitors; CNBlue, DIA, Seventeen and LOVELYZ, for the top prize, GOT7 won with a total vote count of 8,981 with their latest title track. The boys also won on a special edition of The Show; the One-Asia Seoul Mega Concert, making the win all the more unforgettable for GOT7.

GOT7 also did a quick live broadcast on Naver’s V App to thank fans for helping them achieve their first win. Moreover, the hashtag used to denote tweets about the group’s win #GOT71stWin was also spotted on the top of Twitter’s Worldwide Trends: 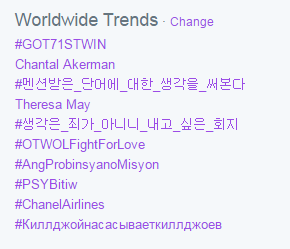 In related news, GOT7’s If You Do music video has surpassed 5 million views just a week after the video’s release, and a dance practice video was unveiled on October 6th as a gift to fans who helped achieve this goal. A second dance practice video will be released if the MV is able to exceed 7.7 million views. Their 3rd mini album MAD has also climbed to the top of the iTunes Album Charts of six countries upon release.

Congratulations GOT7 on achieving this amazing milestone!

126
SHARES
FacebookTwitter
SubscribeGoogleWhatsappPinterestDiggRedditStumbleuponVkWeiboPocketTumblrMailMeneameOdnoklassniki
Related ItemsCNBLUEDIAGOT7GOT71STWINIf You DoLovelyzMadMTV The ShowOne-Asia Seoul Mega ConcertSeventeenV app
← Previous Story Who Did Jo In Sung Give A Car To?
Next Story → JYJ’s Junsu Reveals The Title For New Album’s Lead Single