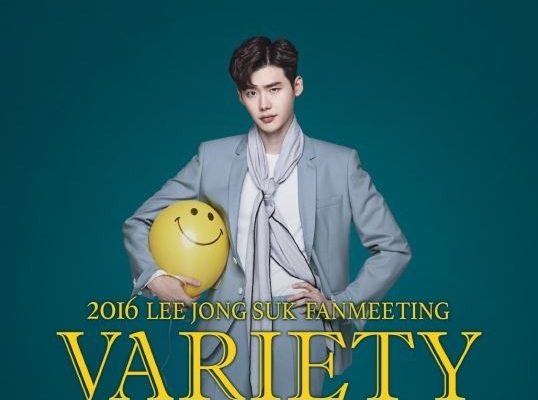 Good news for Lee Jong Suk’s fans around the world!

According to YG Entertainment, popular actor Lee Jong Suk will be holding his fan meetings for both Korean and international fans.

The fan event, titled Variety, will kick off on September 10 at the Olympic Hall, Olympic Park, Seoul, Korea. 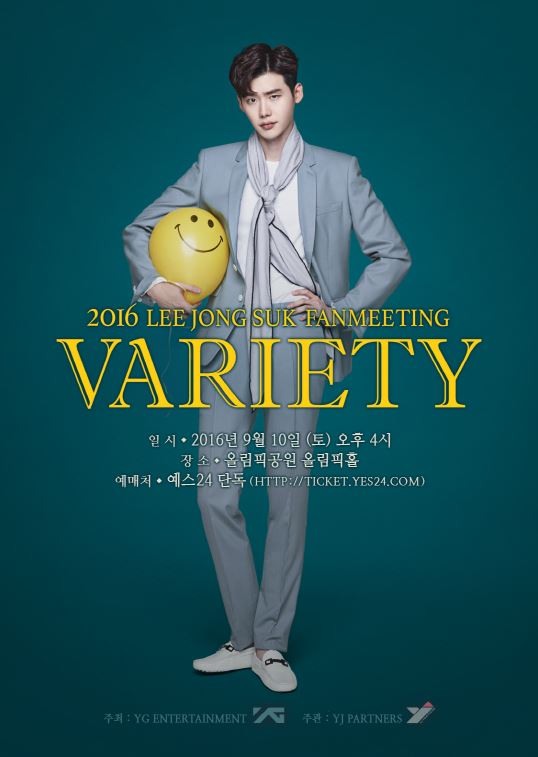 The actor also plans to meet his overseas fans after the Seoul leg. Therefore, it will be a good chance for international fans to interact with the heartthrob.

The tickets for Lee’s local fan meeting can be purchased through the Yes24 ticket site from August 9 at 8 p.m.

In related news, Lee Jong Suk’s newest drama, dubbed W, has been gathering huge attention across Asia. Thus, he is set to launch the fan meetings in some Asian countries, including Japan and China in the near future.