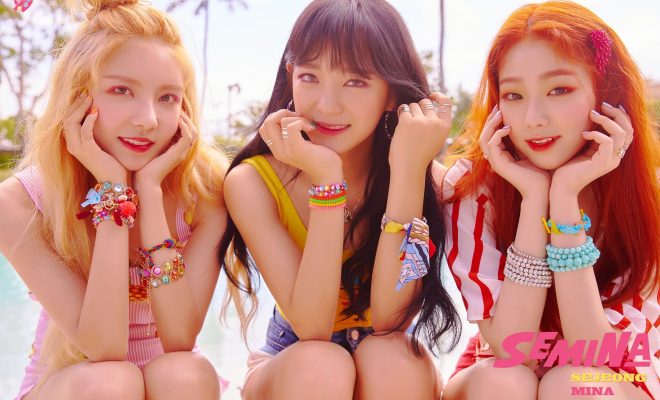 Gugudan members Sejeong, Mina and Nayoung are here to spice up the summer with their subgroup album!

9-member girl group Gugudan’s subunit SEMINA will join the summer craze of comebacks as they release their album on July 10 at 6pm KST.

The subunit was formed last month and it is named after the first syllables of the subunit member’s names, Sejeong, Mina and Nayoung. 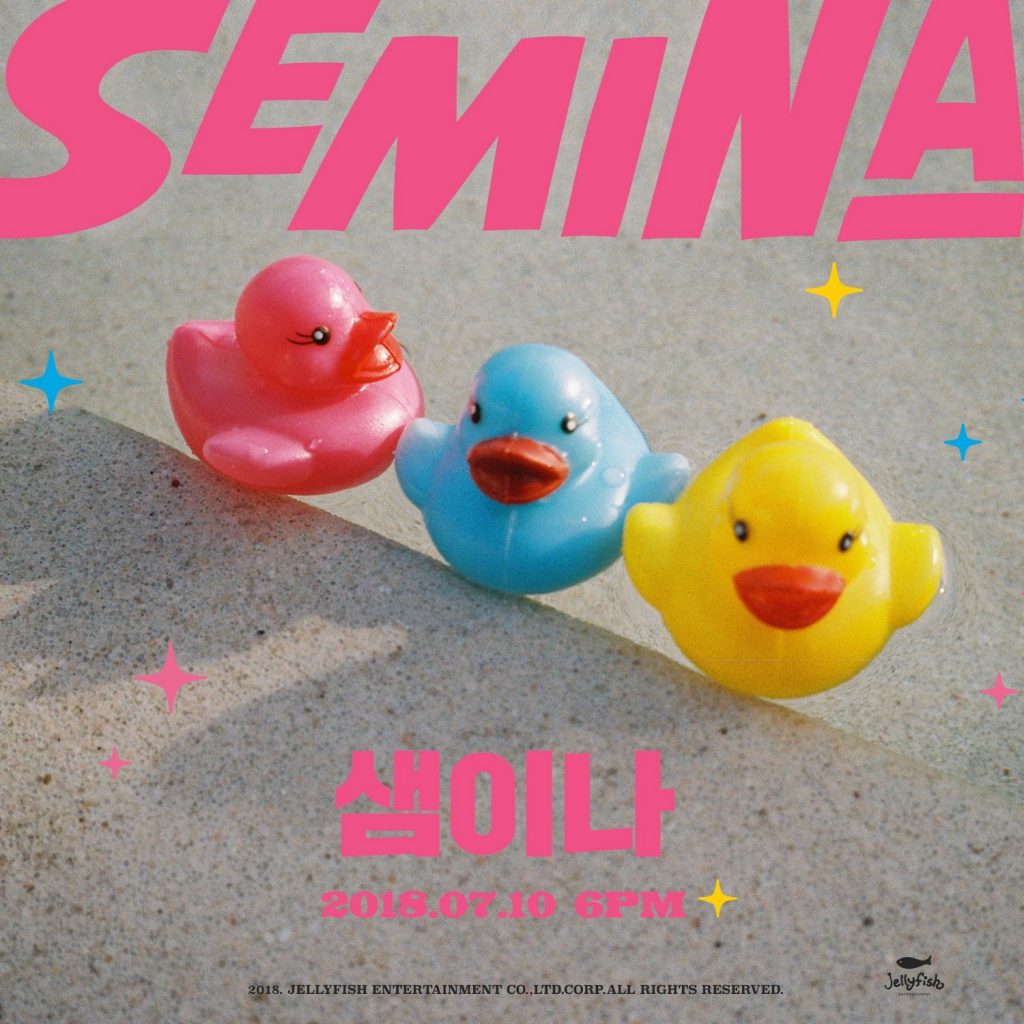 Their concept photos naturally exudes their youthful vibe using a pool and a beach as their shooting location to send the summer atmosphere through their pictures. They also displayed an array of colorful outfits to match their backgrounds. Check their photos out below! 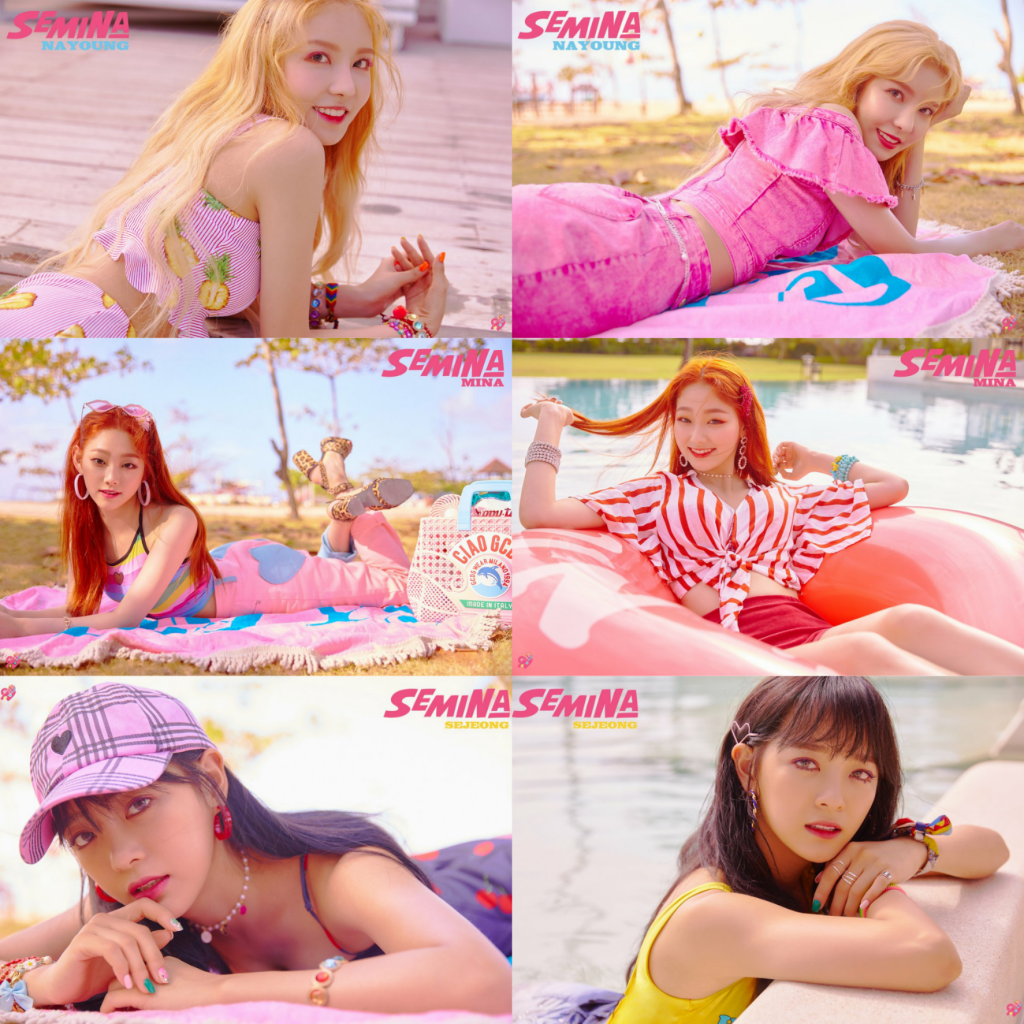 Semina’s debut album includes title song “Semina”, “Ruby Heart”, and an instrumental of the title track. According to sources, the title track, “Semina”, will showcase the members’ vocal ability while “Ruby Heart” will be a lively song to match the summer vibe as it displays the cool vocals of the three girls.

Semina also released the “Kihno” version of their album and it includes the cd, a photobook, signed photocards, postcards and posters.

Gugudan debuted on June 28, 2016 with their first mini album, Act. 1 The Little Mermaid, along with its title song “Wonderland”.

They have released two mini albums in 2017 namely: Act. 2 Narcissus, and Act. 3 Chococo Factory. With title track “The Boots”, their fourth mini album, Cait Sith was released on February 2018.

SEMINA is Gugudan’s second subunit following the success of Gugudan 5959, a subunit composed of their two youngest members, Mina and Hyeyeon. They released their debut single, “Ice Chu”, on August 2017.

SEMINA will be releasing their album on July 10 at 6pm KST so make sure to stay updated through their Twitter and other social media!