House on Wheels is bringing us to amazing places and faces!

tvN’s House on Wheels is definitely on a roll and its powerhouse guest list is soaring. In the 11th episode to be broadcast on August 20, Ha Ji Won is confirmed to be the guest muse.

Ha Ji Won shares connection with Sung Dong Il and Kim Hee Won and excitement evidently heightens to the actress’ parade of charm in the show.

For its newest stop, House on Wheels brothers visit Goeje island. In the released teaser, Ha Ji Won shared a hearty lunch with pickled plums and cucumbers. Her bright smile made the three actors happy and proud. 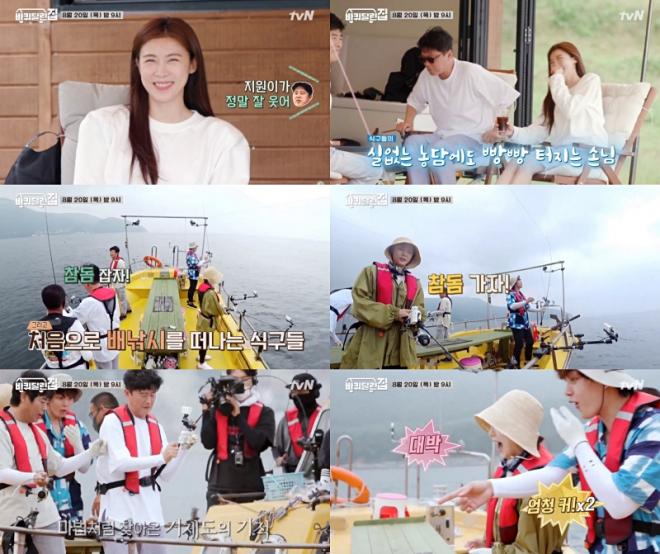 Revealing in an interview that he wants to work with the actress, Yeo Jin Goo transformed to a cute fanboy. He could not look at her properly the moment Ha Ji Won appeared.

The three brothers and Ha Ji Won also go for a fishing expedition in the coming episode. Remarking he is the happiest that day, Kim Hee Won raises curiousity as to what happened in the fishing activity.

A delightful scenery of the House on Wheels turning to a sashimi restaurant can be viewed on tonight’s broadcast at 9 PM KST.