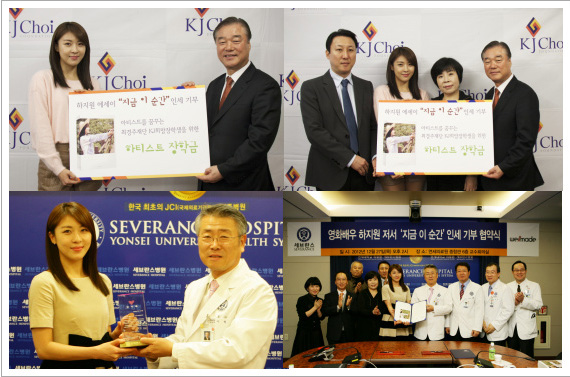 Beautiful inside and out, actress Ha Ji Won donates her profits from her book “This Moment“ to a charity.

“This Moment”  is a book  about her life and career that was launched back in October 2012. The profit that was earned for this book was donated to two charitable institutions. In the statement revealed by her agency,Well Made Star, the actress signed a contract that agreed on donating the profits that will be made by her book.

KJ Choi Foundation and Yonsei University Health System were the chosen charities. The former is an institution that will set up a scholarship for students who wants to study arts that will be called Hartist; which is named after the actress’ last name. The later helps blind and deaf children.

They also revealed that the donation that Ha Ji Won made is not just a part of the profit but the whole earnings itself.