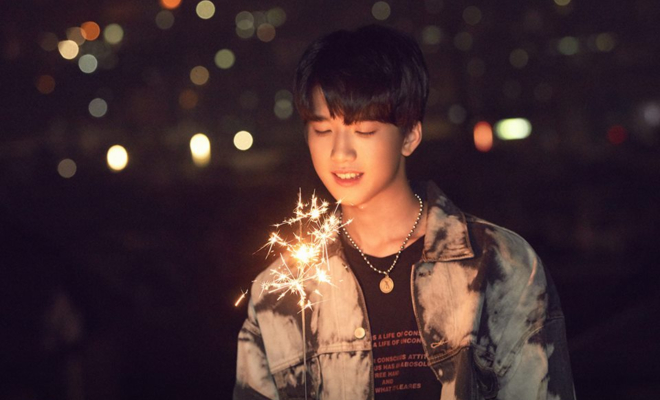 The first member is out — and it’s Ha Yoon Bin!

YG Entertainment unveiled the first member of the second boy group to debut from the survival reality show YG Treasure Box in the person of Ha Yoon Bin.

The announcement was made through the entertainment company’s official social media channels and blog, yg-life.com, at 11 a.m. KST of January 30. 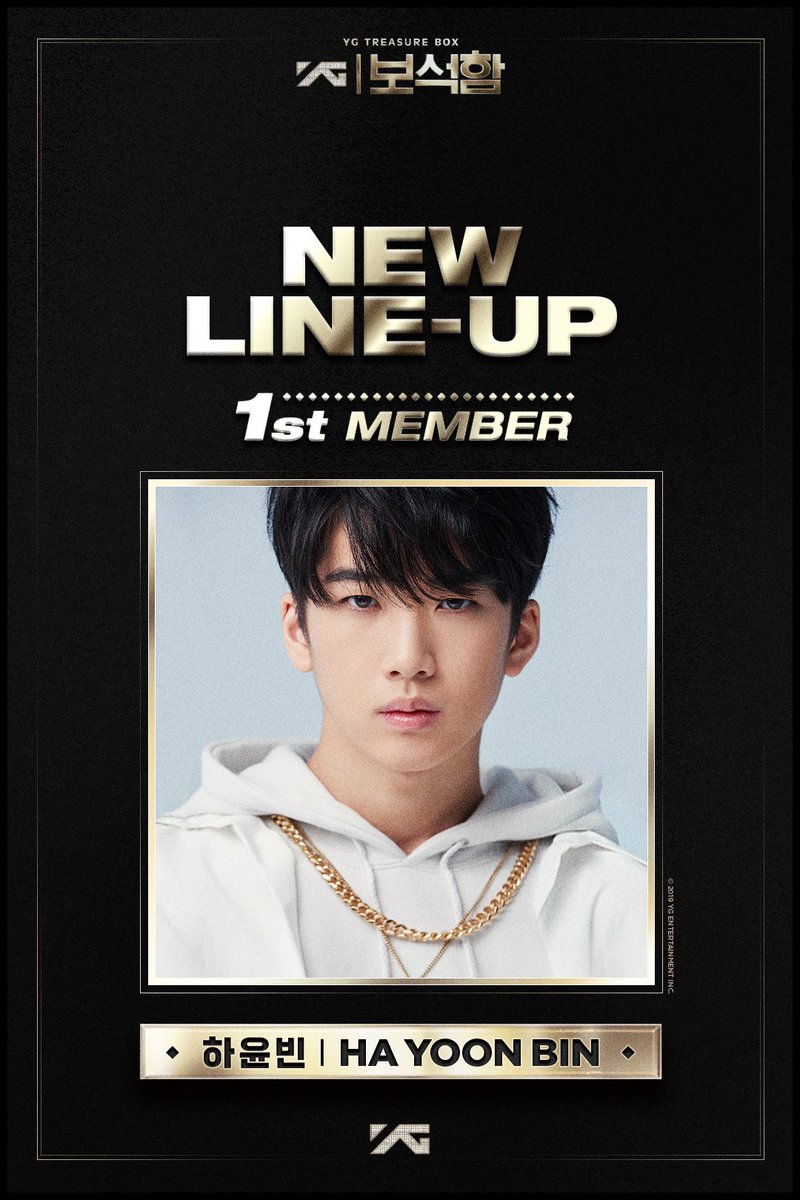 On January 29, YGE’s Yang Hyun Suk relayed his plan to debut another boy group made up of trainees from YG Treasure Box on his personal Instagram account.

Later on, a teaser photo containing six unfilled boxes was uploaded on the social media channels of the show. A member of the six-member boy group will be revealed each day, starting January 30 and ending on February 4. 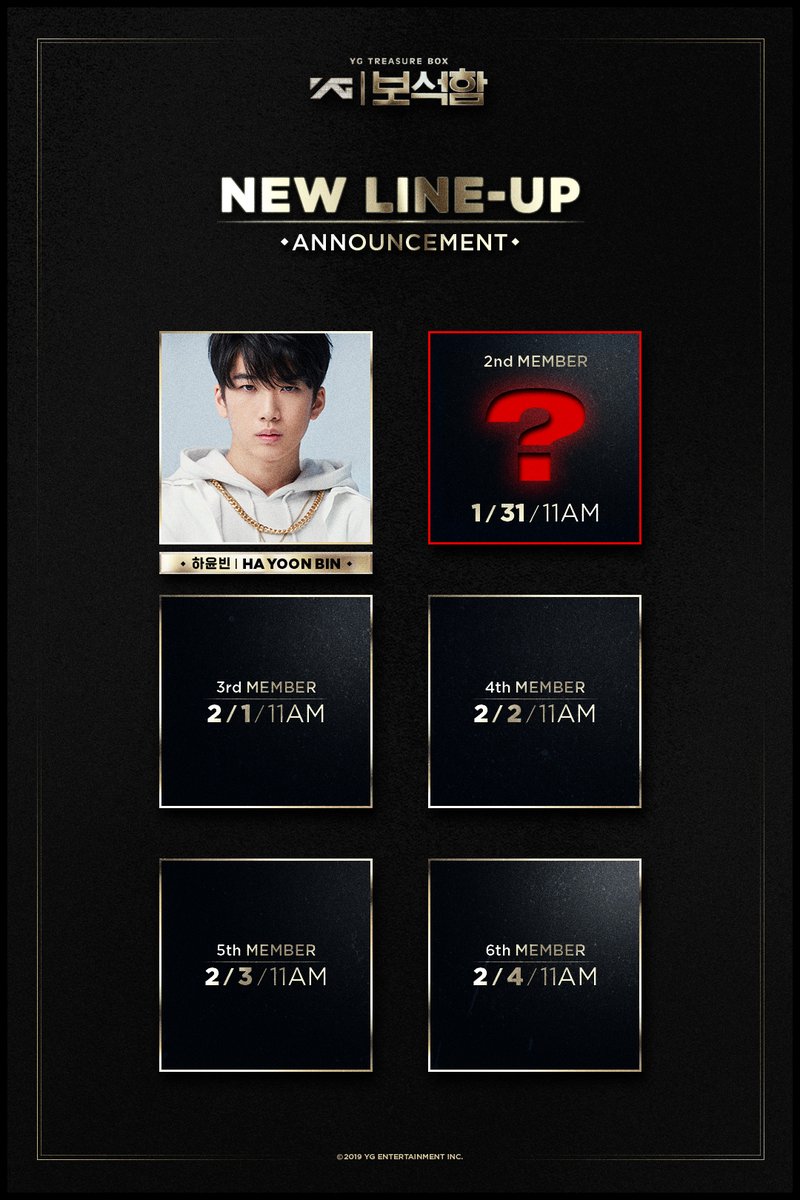 Who is Ha Yoon Bin?

He joined YG Treasure Box as part of Group B with Wang Jyun Hao, Kang Seok Hwa, Park Ji Hoon, Jang Yun Seo, Yoon Jae Hyuk, who will debut in Treasure, Kim Sung Yeon, and Kil Do Hwan. Prior to joining the show, he has been training under YGE for five months.

According to him, his love for hip-hop has drawn him to rapping. He aspires to be an artist like WINNER and iKON. 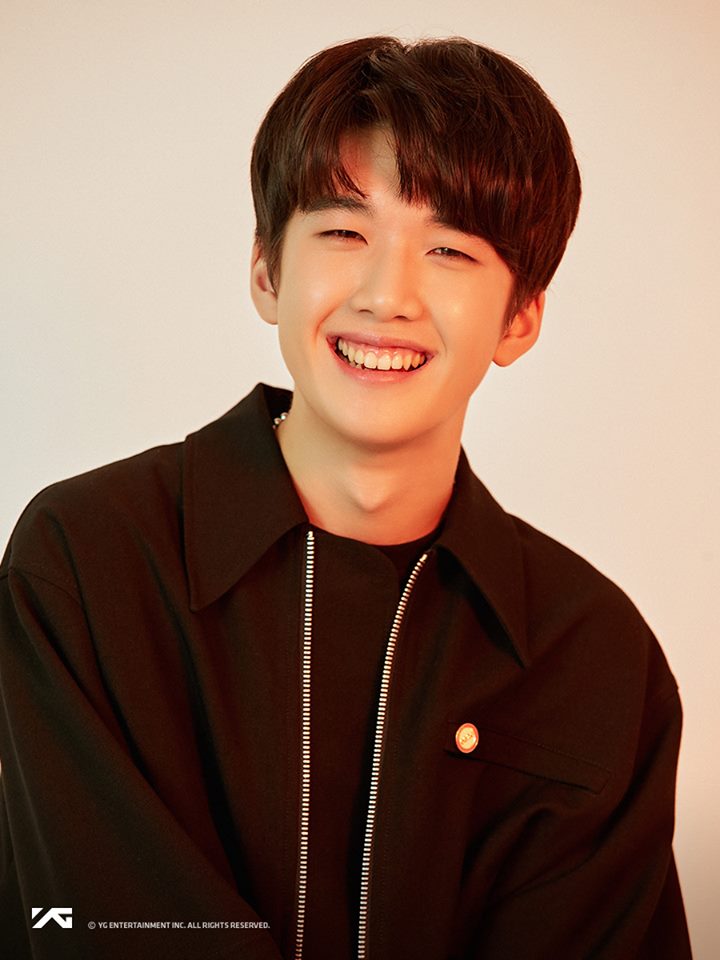 After the introduction of Ha Yoon Bin, five more members will be revealed in the coming days. No exact details on the debut plans for the new boy group have been revealed as of press time.

The upcoming six-member boy group will join the next generation of K-Pop boy groups of YG Entertainment alongside Treasure.