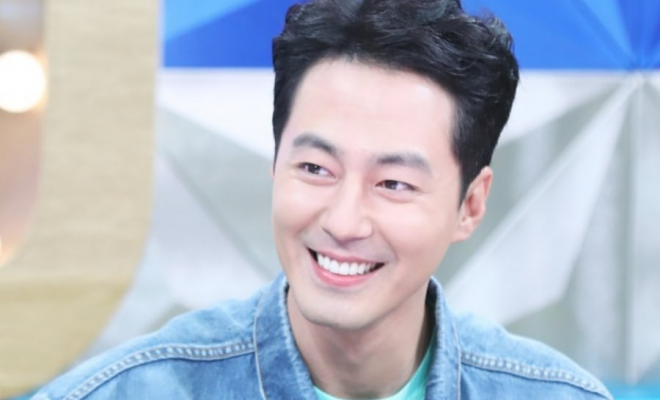 Hallyu Star Spotlight: 7 Times We Adored Jo In Sung For His Spontaneous Cuteness

Good-looking is an understatement for Hallyu Star Jo In Sung. More than his visuals, his personality makes him shine even more brightly. 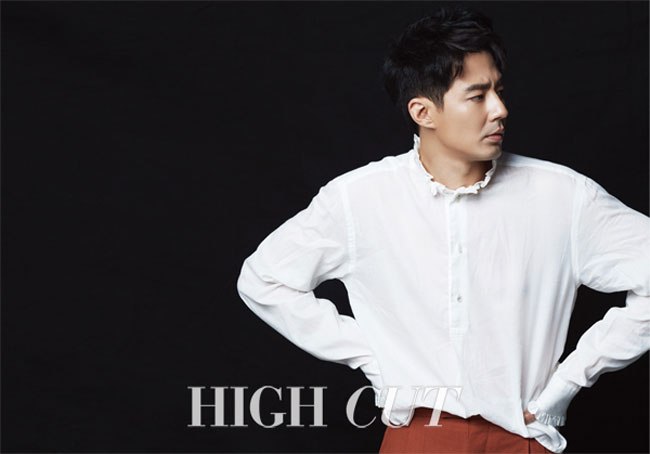 Known for his versatility, Jo has always been one of the most coveted actors in Korea. From his breakthrough drama, Memories Of Bali, he became a household name in the TV industry. He again proved his exceptional acting skills as he acted alongside Song Hye Kyo in the SBS drama, That Winter The Wind Blows. Furthermore, he showed his soft side in the romantic drama, It’s Okay It’s Love with Gong Hyo Jin.

It has been five years since his last television drama and fans are eagerly waiting for his next project.

Outside his small screen projects, the actor has been busy lately promoting for his movies.  In 2018, he starred in the epic history drama movie, The Great Battle. He played Yang Manchun, a benevolent and great leader of the Goguryeo troops.

Jo In Sung may be intimidating in his movies and dramas, but in real life, he is still an ordinary person just like us. What makes him stand out is his cute candidness and outgoing personality.

Though he is a well-known hallyu star, in his free time, Jo is mostly seen in public going out and travelling with his celebrity friends.

Before his birth month ends, join us as we celebrate his natal day by looking back on his previous TV guestings.

READ: Jo In Sung Takes A Generous Initiative By Participating In Relief Operations

Further to acting, Jo is also like a big brother to his fellow celebrity friends, Lee Kwang Soo and EXO’s Do Kyung Soo. While promoting The Great Battle, Jo appeared in Radio Star and he shared how he travels with his friends.

Jo In Sung is one of the most handsome actors in South Korea. When asked on what he thinks his rank is he claimed that he is #2 but when he found out his actual rank, he got a witty and funny way of accepting the truth.

He Is A Generous Friend

Jo In Sung has many celebrity friends. To celebrate the friendship, he sometimes treat his friends to a travel. When Song Joong Ki was discharged from the military, he gifted him with a trip to Thailand.

Jo In Sung Is Quick Witted

During his impromptu guesting in Happy Together, many noticed his talent in variety show hosting. He showed how quick-witted he is in improvisational situations. In this show, many were happy about Jo In Sung and Park Bo Gum’s short and funny conversation over the phone.

He Makes People Happy With His Appearance

In Happy Together‘s 500th anniversary, Jo In Sung received a sudden call from Ji Suk Jin. As a newly added MC to the show and as part of their anniversary, he was tasked to call a famous person to appear as an impromptu guest. To his surprise, Jo In Sung made a sudden appearance on the show.

Singing Is His Hidden Talent

What more can this handsome actor do? Aside from his good looks, stunning height and impeccable acting skills, Jo In Sung can sing. He usually sings for his fans on his fan-meetings but he showed his singing talent on national television during his Radio Star guesting.

He Is All-out To His Fans

While promoting his movie, The King, Jo In Sung went out on a Guerilla Date guestings with his fellow actors, Jung Woo Sung and Bae Sung Woo. He and his other cast members had fan together with fans who gathered in Gangnam despite the short notice. One of the the many things why he is loved by his fans is his witty spontaneity and awesome fan service.

Jo In Sung is indeed more than just a talented actor but also has a cheerful, warm and witty personality.