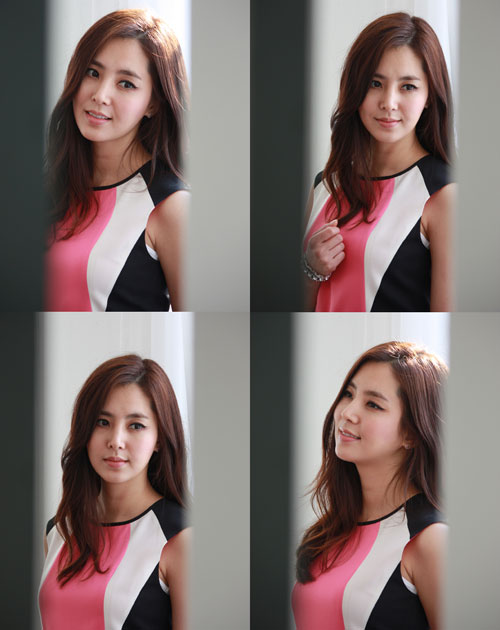 Actress Han Chae-ah‘s photos at an advertisement photoshoot have been revealed.

Recently, she uploaded pictures of herself during her vacation in Hawaii, and right after her drama ended, she is already busy starting off with an advertisement photoshoot for 2013.

In the images, Han Chae-ah is wearing a dress made up with black, pink and white colors. Her slight wavy hair makes her looks stand out even more. Han Chae-ah confidently boasts her beauty and has been drawing many netizens’ eyes to these images.

Last year, Han Chae-ah was part of many projects including Hero, Bridal Mask, and Ohlala Couple to show her acting abilities. Many production officials are saying that Han Chae-ah is one of the actors that they will carefully look out for in the 2013 as she develops and blooms in the acting industry.