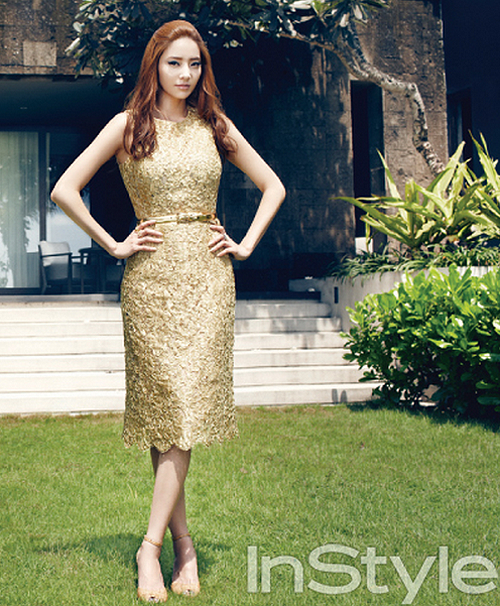 Actress Han Chae Young escaped to a paradise resort to participate in a pictorial for the February issue of InStyle Korea. She wears various solid pieces, exhibiting an elegant atmosphere fitting for the resort’s luxurious appearance.

In the first photo, Han poses with crossed legs and hands on her hips while wearing a golden lace dress and matching ankle strap wedges by Michael Kors. For the second image, she dons a retro-style checkered pattern jacket and shorts with a blue chain bag, both by Michael Kors. The following photo features Han wearing a pale yellow hand-embroidered floral silk creponne dress by Gucci. A fourth photo displays the actress wearing a silk blouse and pants and golden strap sandals by Michael Kors. In the next photo, Han dons an elegantly assembled black oriental style dress from Miu Miu. The sixth photo exhibits the actress wearing a pink see-through one piece while flaunting a turquoise Louis Quartorze bag. For the seventh image, Han dons a blue striped knits top and wide pants by Missoni while posing with an orange Louis Quartorze purse. Next, Han is seen wearing a striped Gucci dress with floral designs. The last, but not least photo features Han wearing a red blouse and matching pants with bangles hanging over the cuff of her sleeves.

Take a look at Han Chae Young’s resort pictorial for InStyle Korea below: 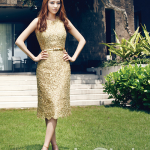 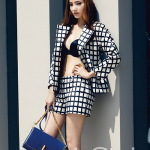 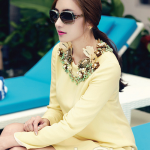 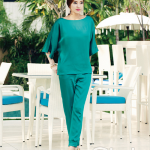 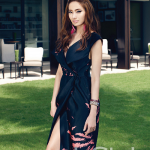 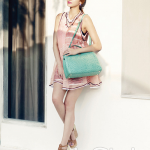 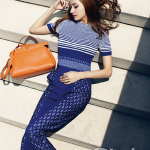 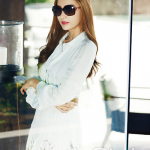 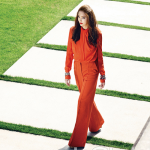