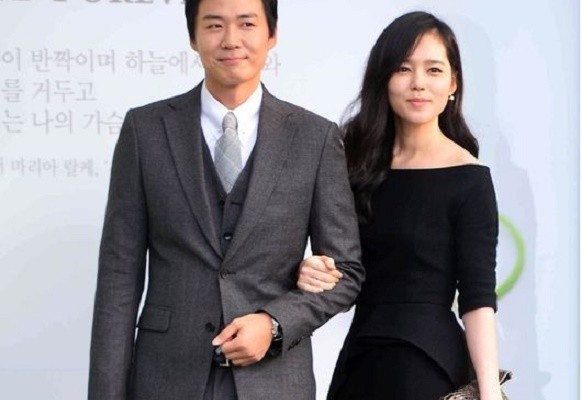 Han Ga In Confirms Her Pregnancy

After ten years of blissful married life, celebrity couple Han Ga In and Yeon Jung Hun are confirmed to become parents next year!

According to an official statement from the actress’ agency BH Entertainment on November 23, she is currently in the 19th week of pregnancy and starting her fifth month. The couple is said to be full of happiness with the blessed event, and Han is now taking a break to concentrate on prenatal care. She is expected to give birth in early 2016.

Thank you for the great love and interest you’ve shown the Han Ga In and Yeon Jeong Hun couple, and we ask for your blessings that a healthy baby may be able to see the light of the world.

Han Ga In And Yeon Jung Hun met in 2003 when they both appeared in the KBS drama Yellow Handkerchief. They dated for two years before getting married in April 2005. After suffering an unfortunate natural miscarriage last year, the news of Han’s pregnancy is indeed a great blessing for the couple.