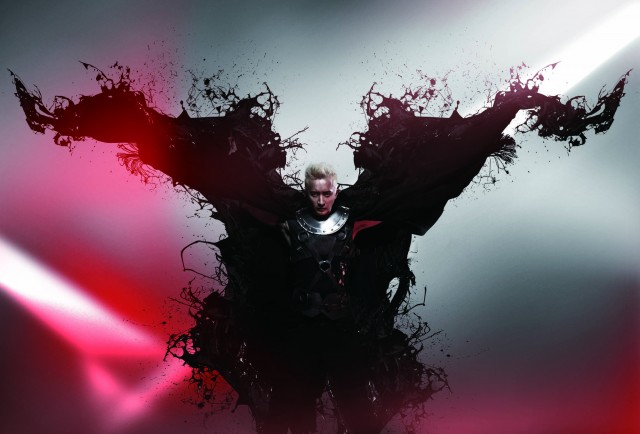 It was a tough competition across all of Southeast Asia, China, Taiwan, Japan and Korea.

MTV today announced that Han Geng has been named Best Asia Act of the “2012 MTV EMA,” having received the most votes from fans among other contenders namely Super Junior, EXILE, Jolin Tsai and Yuna. Hosted by supermodel, entrepreneur and hometown girl Heidi Klum, the 19th annual awards show will broadcast live from Frankfurt’s historic Festhalle on Sunday, 11th November at 9PM CET* on MTV channels around the world.

Han Geng will now vie against Gotye, fellow winner of the Best Australia/New Zealand Act, for the chance to represent the region in the Worldwide Act category, which celebrates the range and breadth of all the music that MTV has to offer by showcasing incredible artists from all parts of the world. From now until October 30th, fans will be able to vote for their favorite regional act on www.mtvema.com.

The representative for Asia Pacific will be announced on Tuesday, October 30th, along with the other regional winners from Europe, Latin America, North America, and Africa/India/Middle East. These five regional nominees will then battle for votes for the “Worldwide Act” distinction, and the winner will be named at the show in Frankfurt.

Known as “the most influential male celebrity in China”, Chinese singer and actor Han Geng is undoubtedly dominating the Mando-pop scene in Southeast Asia. In 2005, he debuted in South Korea as the only Chinese member of Super Junior and the leader of its Chinese squad SJ-M but eventually left to focus on a solo career. His 1st solo album sold over a million copies and tickets to his 1st concert sold out in a record-breaking 37mins. To date, he has received over 20 awards for his solo works. Han Geng is also well known for his powerful dance skills. Han Geng’s sophomore album Hope in the Darkness was released in July this year.

The “2012 MTV EMA” will air across MTV’s global network of more than 60 channels reaching nearly 700 million households around the world as well as through syndication. In addition, its convergent programming and content will reach the entire interactive community, via MTV’s more than 200 digital media properties around the world. Bruce Gillmer and Richard Godfrey are Executive Producers for the “2012 MTV EMA.”

For the second year in a row, MTV is inviting fans everywhere to have a say in which artist deserves the Biggest Fans award. The more fans engage with the EMA content featured on MTV’s digital platforms in the weeks leading up to the show, the more their participation and points can boost the chances for their favorite artist to win the Biggest Fans prize on November 11th. Additionally, fans participating in the MegaFan competition on MTV’s EMA platforms can earn a chance to win a trip to the 2012 MTV EMA in Frankfurt. Fans can vote for EMA categories, including Best New, Best Live and more by visiting www.mtvema.com online or http://m.mtvema.com on their mobile phones. Voting for EMA categories is open now until 11:59PM CET on Friday, November 9th, 2012.

The “2011 MTV EMA”, held in Belfast, Northern Ireland, was the event’s most watched telecast ever with more than 39 million viewers tuning in to MTV and VIVA channels around the world.  The 18th annual show saw a double-digit increase year over year with the coveted P12-34 demographic and enjoyed a +29% increase in unique visitors to the EMA website on show day. The “2011 MTV EMA” also drew an impressive total of 158 million votes worldwide, a huge growth of +236% year over year.

For all MTV EMA news and announcements, check out EMA on Facebook, follow us @mtvema  or download the MTV EMA app for free at the iTunes store.  For MTV EMA press materials, please visit press.mtvema.com or follow us @VIMN_PR.

Hellokpop, as an independent Korean entertainment news website (without influence from any agency or corporation), we need your support! If you have enjoyed our work, consider to support us with a one-time or recurring donation from as low as US$5 to keep our site going! Donate securely below via Stripe, Paypal, Apple Pay or Google Wallet.
FacebookTwitter
SubscribeGoogleWhatsappPinterestDiggRedditStumbleuponVkWeiboPocketTumblrMailMeneameOdnoklassniki
Related ItemsBest Asia ActChinaHan GengMTV EMAMTV NetworksSuper Junior
← Previous Story 2NE1’s New Evolution concert in Taiwan confirmed
Next Story → St.319’s latest dance cover attracted BoA’s attention