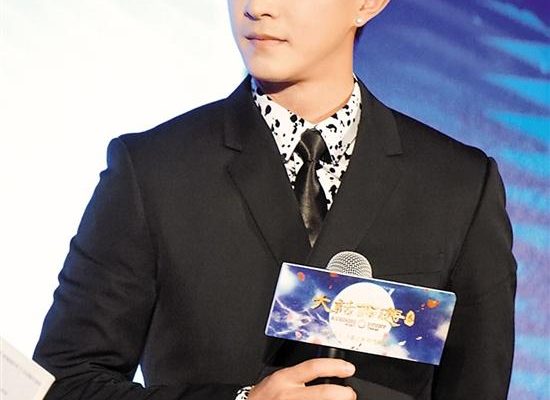 Will we see this day?

The former Super Junior member, now a solo artist Han Geng, revealed in a recent interview with Chinese newspaper Yangcheng Evening News that he wishes to stand on the same stage again with his former K-pop group.

The paragraphs quoted are translated directly from original interview article, as below:

Han Geng became an SM trainee in 2003, and debuted as a member of Super Junior in 2005. After four years of being a part of the group, he filed for a contract termination against his agency and left the group. Recalling the past, Han Geng was very calm, stating ‘Each experience is a mandatory phase in life, every decision is important. It is like Butterfly effect,  if there is a little of difference in between, it is possible that I would not be sitting here today”. Han Geng does not regret at any decision he made.

When he just returned to the country from South Korea, he would not comment much about it. However, he is now more open to face it, and becomes more comfortable with it. He states, “It is important to be happy during work, treating every piece of work seriously, and to treat everyone sincerely. Instead of being unhappy doing a task, it would be better to get a new job. People has to enjoy work, enjoy life.’ When feeling unhappy, Han Geng chooses to take time out to enjoy outside, ‘Putting work aside, mood will be affected unavoidably, (I/we) have to do something to change the mood.”

Last year was Super Junior’s 10th debut anniversary, Han Geng thought about ‘coming together again’. “If it was really possible, I still quite hope everyone could stand on the same stage again, wishing to give fans a different of commemoration for 10th anniversary.” Han Geng revealed he has also went to Korea and talked to leader Lee Teuk through the phone, and also talked to the their manager. However due to various reasons, it did not come true. When asked if there would be chance to ‘come together again’, Han Geng answered, “I actually really wish to.”

Do fans want to see Han Geng and Super Junior on the same stage again?

Hellokpop, as an independent Korean entertainment news website (without influence from any agency or corporation), we need your support! If you have enjoyed our work, consider to support us with a one-time or recurring donation from as low as US$5 to keep our site going! Donate securely below via Stripe, Paypal, Apple Pay or Google Wallet.
187
SHARES
FacebookTwitter
SubscribeGoogleWhatsappPinterestDiggRedditStumbleuponVkWeiboPocketTumblrMailMeneameOdnoklassniki
Related ItemsHan GengSuper Junior
← Previous Story G-Dragon And Nana Komatsu’s ‘Private’ Photos Leaked Online
Next Story → SHINee’s Minho To Star With Fellow Member Key In ‘Drinking Solo’