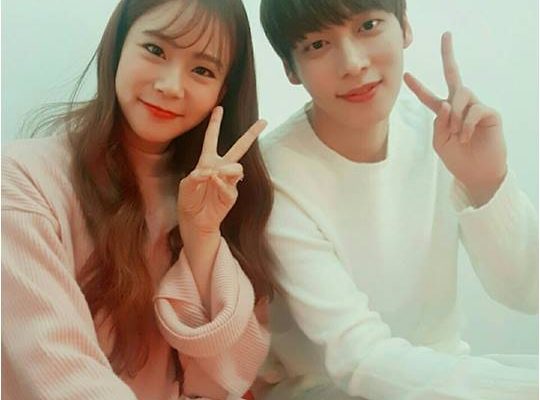 How will their love story unfold in the music video?

Snuper member Sang Il has been chosen to be the male lead in Han Seung Yeon‘s upcoming music video!

According to his agency WildMay Entertainment on December 30, he has completed the music video filming of Han’s title track Uchuu-kun. The song is off her upcoming first mini album Universe, which is set for a January 18 release.

Sang Il as the male lead will portray Han’s beloved ‘universe’, and will showcase his acting as a couple.

Sang Il has expressed that it is “an honor for him to appear in Han Seung Yeon-sunbaenim’s music video”. Since it is her first Japanese solo mini album’s music video, it is an especially more meaningful MV appearance to him.

In related news, Snuper will drop its second Japanese album in March.