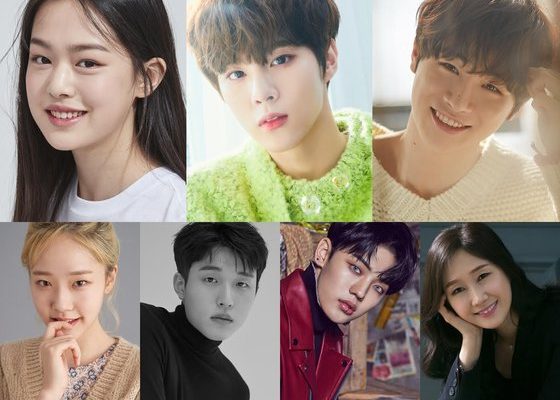 Han Sung Min and A.C.E’s Chan are among the rising young stars filling up the cast of the upcoming web drama Twenty-Twenty with Kim Woo Seok!

The full cast lineup of the upcoming web drama Twenty-Twenty led by UP10TION and X1 member Kim Woo Seok has been revealed on March 18! 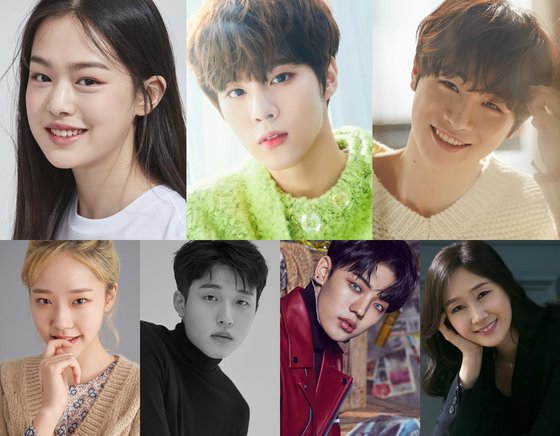 A new offering from Playlist Studio, the web drama Twenty -Twenty serves as the next highly-anticipated project of the hit A-TEEN series director Han Su Ji.

Interweaving stories of twenty-year-olds, the web drama will delve into the theme of finding one’s dreams while engaging to freedom and responsibility at the same time.

It was earlier revealed that the upcoming series will be led by UP10TION and X1 member Kim Woo Seok, who will be making his acting debut with his portrayal of the character Lee Hyun Jin.

Lee Hyun Jin grew up feeling lonely around his parents, who always prioritized their work before him. To battle this, he takes comfort in music and writes songs as part of a producing crew.

Expectations are rising for his first acting challenge, especially with how he as Kim Woo Seok will bring the character of Lee Hyun Jin to life.

As announced recently, he will be joined by actress Han Sung Min as the female lead Chae Da Hee. Her character has a chic and charming personality despite always staying away at a certain distance from people. After turning twenty, she starts wriggling out of the boundaries her mother set for her and seek for freedom.

Showing her promising acting skills on the previously-concluded youth drama At 18, Han Sung Min is set to delicately express Chae Da Hee’s rollercoaster of feelings along with the excitement and pent-up rebellion felt at the age of twenty.

Marking another idol in the talented cast for the series, A.C.E’s Chan will portray the role of aspiring rapper Son Bo Hyun, who is also twenty years old and will add colour to the drama.

Meanwhile, the role of aspiring producer Kang Dae Geun, who works with Kim Woo Seok in the crew, is played by Jin Ho Eun.

Portraying schoolmates of the female lead, Park Sang Nam and Chae Won Bin will also be joining the twenty-year-olds in the story with their own narratives to tell along with Han Sung Min and Kim Woo Seok’s characters’ journeys of growth.

With a character built on perfectly controlling her daughter’s life, viewers should watch out for how she will react to her daughter’s efforts to escape the strict boundaries she set.

Filming for Twenty-Twenty is set to start in April, and it is planned to begin airing in July.