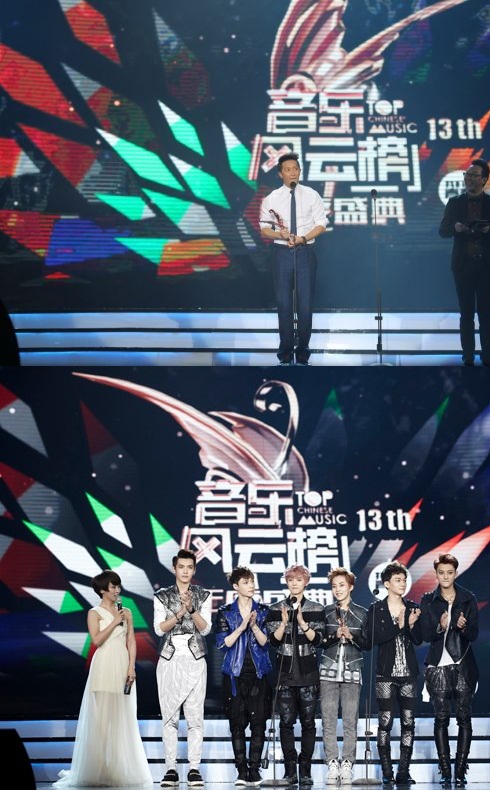 According to Wikipedia, the award show, which was held on April 14 at Shenzhen, aims to give recognition and awards to the top artists of Mainland China, Taiwan and Hong Kong. It was been established in 2001, and we’re happy to let everyone know that for this year, Hangeng and EXO-M were among the winners!

For the show’s big winner, it’s safe to say that Hangeng, or more popularly known as Hankyung by Korean fans, truly owned the night by receiving five awards! Although he was awarded only three during the ceremony, the popular singer received the Best Album Production, Best Dance Music Singer, Mainland’s Most Popular Male Artist, Best Dance Song and Best Music Video awards. Prior to receiving the awards, Hangeng performed the opening stage of the event. Check out his performance below:

Meanwhile, popular rookie group EXO-M received the Most Popular Group award. The boys were present alongside their twin group EXO-K, and were all smiles as they claimed their award. As a treat for the Chinese fans, the twelve members then came together for a special performance! Check it out below:

Congratulations to the winners! What did you think of their performances?